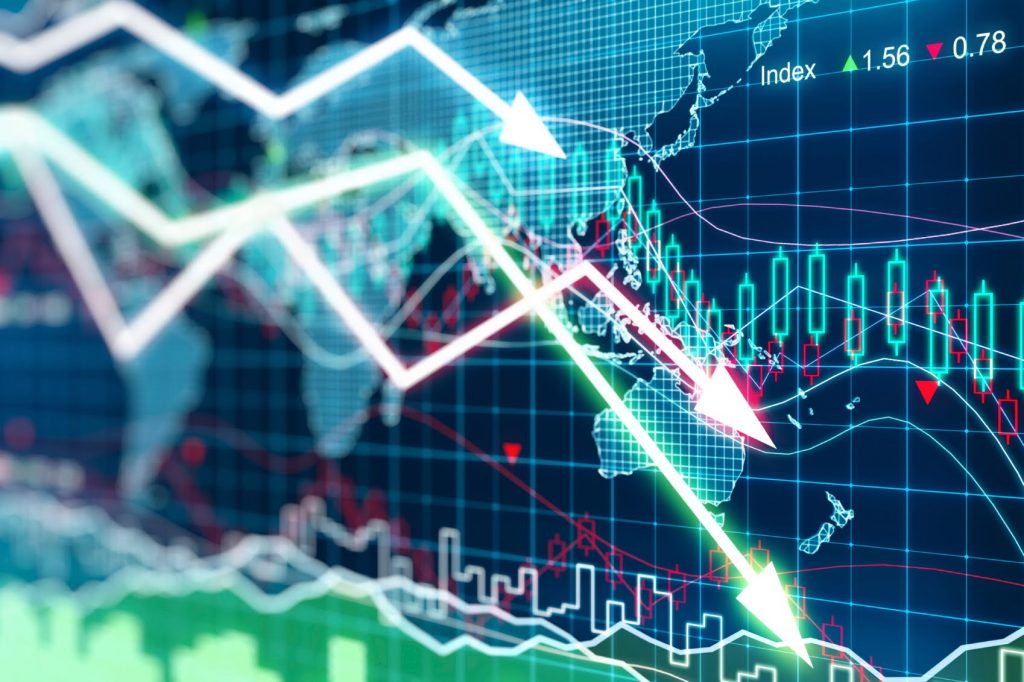 How long is it since Australia had a recession? Most would say 26 years. A world record! But, there are different ways of determining when we are in recession. In Australia, we use the simplest benchmark – a recession is when we have had two consecutive quarters of negative real GDP growth. In the US, a more complex process is used where a committee of economists consider a range of data before declaring – normally six months after the fact – whether or not the country is in recession. The best way to do it isn’t clear, but I am pretty sure that by looking at the data a little differently, we may not be so sure that Australia has gone 26 years without a hiccup.

Consider Betty, a small baker reviewing her previous quarter’s trading. Last quarter, she sold 10,000 loaves at $5 a loaf; this quarter it was 10,000 loaves sold at $5.10 per loaf, a 2% lift in prices over the previous quarter. A good or bad quarter? It probably depends on the rate of inflation at the time. If the CPI had gone up by less than 2%, Betty would probably consider it a good quarter. If inflation was higher than 2% for the quarter, she would probably feel she has gone backwards. However, as far as the Australian Bureau of Statistics is concerned, the general level of inflation doesn’t matter. Their real GDP calculation is based on loaves baked and so, for the ABS, the quarter was flat. Now imagine the following quarter is an odd one. A new baker has opened up across the road and has slashed prices, Betty matches and people come from near and far to buy the cheap bread. This quarter Betty sells 12,000 loaves at an average price of $3.00. It’s a horror quarter. Betty has worked much harder for less money. The ABS would beg to differ. Real GDP, measured as loaves baked, has soared 20%. This is one of the best quarters on record. Betty is bemused, it just doesn’t feel like that to her. As far as Betty is concerned, the real measure of her production is the value of loaves baker less the rate of CPI inflation. Now, swap bread for rocks and we have the Australian economy instead of Betty’s bakery. Over the past few years we have seen wildly fluctuating commodity prices so our national income has also fluctuated wildly. But, as far as the ABS calculation of real GDP is concerned, it’s the number of rocks shipped not the value of those rocks that matters. Now, if we looked things using Betty’s measure of Australian economic growth, we find a very different picture. If we take nominal GDP, the dollar value of goods produced, (volume multiplied by price) and deflate it by CPI, we see a picture showing much lower growth than that suggested by the standard GDP measure used by the ABS. Figure 1 compares the ABS measure in blue and Betty’s measure shown by the red bars. According to Betty, not only have we seen much more sluggish growth than that reported by the ABS, but we have even experienced an admittedly very mild recession in 2014 and a severe one during the GFC.

Betty understands economics and knows that the ABS is not up to any skulduggery and is just following a time-honoured convention for calculating GDP. She also knows her approach does have some issues, but nonetheless, maybe Betty’s method is a better fit for the times. Maybe the economy really has been struggling and has experienced a couple of recessions in the past decade. If we look at unemployment data over the past few years (Figure 2), it doesn’t seem consistent with the ABS reports of steady economic growth either. In fact, Betty’s GDP calculation seems a much better guide to what has been happening in the real economy – a sharp recession and steep increase in unemployment in 2009 and sluggish growth and rising unemployment since 2012.

Finally, corporate profits also seem to line up with Betty’s method of looking at the economy. Profits dived in 2009, recovered somewhat and have been in a gentle decline since 2012 (Figure 3).