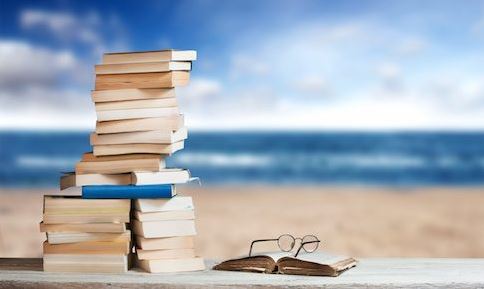 The Grattan Institute — a public policy think tank — has today released its annual suggested reading list for the PM and will deliver copies of the six books right to his door. It includes a biography of a former prime minister, a radical account of world energy policy, and even a fictional novel set in Sri Lanka. Grattan Institute chief executive John Daley said they steered clear of the “wonky” titles and prioritised interesting works.

Mr Daley said the book had to satisfy three requirements:

And while Mr Turnbull will receive the books, Mr Daley said the list was not about making a political point.

The biography of Australia’s second prime minister sheds light on both the public image of the man, and how his personal life shaped his policies.

Written by political scientist Judith Brett, it looks at how the actions of the “father of federation” still shape politics today.

What’s really relevant about it today is Deakin very seldom had a majority.

What he was always about was trying to craft a coalition of people to get good change to happen and he was incredibly good at it.

It’s interesting that Robert Menzies described Deakin as our greatest prime minister and the reason was not so much that he advocated policies that today we would say were fantastic… but what is interesting about him was his statecraft.

He worked with all of the players to get good change to happen, and he was patient and he was clever and he sold the message.

Is slowing economic growth and increasing inequality the new normal? For Brink Lindsey and Steven M. Teles it doesn’t have to be.

In Captured Economy the pair argues they have identified the reason for inequality that will “surprise both the ideological left and right”. And they say they have the policies that will decrease the power that corporations hold over politics.

What’s really interesting about this book is it’s written by one person who is a libertarian — not far from Senator David Leyonhjelm — and another who is social liberal, so probably not that far away from Jenny Macklin.

And it’s about what brings them together.

So I think stepping back and thinking about whether our political process been captured and to what extent can we change some of the institutions so it’s harder for business interests to capture the political interests is a good thing.

Breaking The Mould tells the story of a sporting revolution taking place across Australia, as sportswomen increasingly break through the “grass ceiling”.

Through interviews with pioneering women and sporting administrators, journalist Angela Pippos delves into a “seismic shift” in Australia’s culture and the sport we play.

The message for the PM is in part to make sure we are really supporting women’s sport to the extent we are supporting men’s.

But then there’s a kind of more interesting story as well about how is it we achieved quite radical social change, really over just about a decade.

There’s an energy revolution coming our way, writes industry observer Dieter Helm, and it will have huge implications for nations, companies and the way we address climate change.

Based on his assessment of technological advances, Helm argues that the world is increasingly moving away from oil and gas and that this will herald a shift in geopolitical power.

You can understand why the Prime Minister would be very focussed on the immediate problems of energy and that’s entirely appropriate. But what this book is about is the long game.

We haven’t had an energy book on the list for years and we always get beaten up about that.

You know, “Surely climate change is the great moral challenge of our time”, which the answer is, “Yeah it is”, but we haven’t had a book that said anything new.

This one says something new about the issue … and you suddenly think, “Oh geez, there’s quite a lot of big changes coming”.

Social researcher Rebecca Huntley has spent years travelling the country and conducting interviews to discover that while Australians can be pessimistic about our future, there’s actually a lot to be positive about.

Still Lucky delves into what social changes Australians want to see, and exactly how they think our politicians will go about achieving them.

I think it’s very easy in today’s environment to get depressed and what this book says is, “No, don’t get depressed”.

Actually, we have made a lot of progress and in some ways Australians are still very optimistic about their country and actually their biggest fear is that their politicians won’t get them there.

They’re nervous that their political leadership won’t get them the future they want.

The Life To Come

This novel by Miles Franklin-winning author Michelle de Kretser is set in Sydney, Paris and Sri Lanka and weaves multiple narratives to tell a story of intimacy and our flawed perception of others.

From the woman who pines for a married lover, to the writer longing for success, and a Sri Lankan man trying to forget the tragedy of his youth, the book explores very human emotions.

Mr Turnbull, make sure you read one really good novel and have a good time, because you can have a very good time reading this book.

This asks a really profound question about what is a life well-lived.

And no matter what area of life you’re in it’s worth stepping back and asking that question every so often.