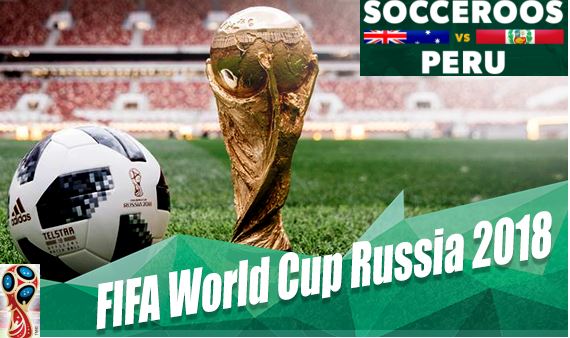 With the 2018 FIFA World Cup kicking off in Russia this month, it is only fitting to highlight some fun facts on the sport dominating TV screens all over the world.

What’s next for the Socceroos:

Cheer loud on Tuesday night/Wednesday morning (12am) for the Socceroos, as they face Peru. Regardless of  a win over Peru, their destiny is no longer in their own hands. The following outlines what needs to happen for the Socceroos to proceed into the next round:

1. AUSTRALIA DEFEAT PERU
A win over the South Americans would give the Soccerros four points, drawing them level with Denmark.

3. TALLY THE GOALS
If the above results occur, Australia will qualify on goal difference with a win of more than one goal. However!!!…

If Australia win by one, it will come down to how many goals Denmark lose to France by. Two or more and the Socceroos are through. If Denmark only lose by one goal it comes down to goals scored. Given both the Danes and the Socceroos have two goals each, it’s a match-day three shootout.

4. TALLY THE CARDS
If the two teams still can’t be separated, it comes down to disciplinary record. The number of yellow cards and red cards will be counted, with a different point value for yellow and red cards. Australia have a slight edge here: the Danes have been issued four yellow cards; the Socceroos just three.

If the teams still can’t be separated, lots are drawn. Two balls go in a pot: the one that gets pulled out stays on, the other goes home. Not ideal!

Lastly, with a successful prediction of Germany claiming victory in the 2014 World Cup, we attached the Macquarie Group research team quant model predictions. The team have turned their modelling efforts to the world
game and attempt to forecast the outcome of this year’s tournament. So what does the crystal ball say? Click here for the full analysis.