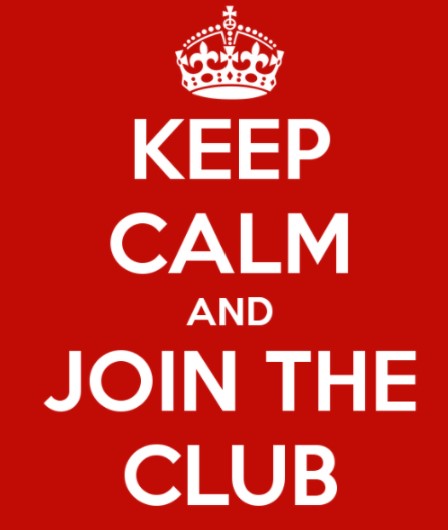 It been a big news week and you’d be forgiven for overlooking one story with profound implications for years (and perhaps generations) to come.

Last Tuesday the Reserve Bank of Australia (RBA) announced extraordinary measures to stimulate the Australian economy and employment numbers.  Interest rates were cut again, this time to 0.1% per annum and a $100 billion Quantitative Easing (“QE”) market intervention program was unveiled, designed to hold interest rates down across the whole of the Australian economy for many years.  This action has big implications for borrowers, savers, investors, business and financial institutions.

As always with rate cuts, the banks were encouraged to pass the cuts on to borrowers and to date we have seen some fixed rate home lending deals below 2%pa, although variable rates have generally not dropped as much.  So conditions are improved again for borrowers in the housing market.  Seeking a better mortgage deal is even more relevant than when we last wrote on this topic.

“QE” entails the RBA printing vast amounts of new money and using it to buy up financial assets, using the mechanics of supply and demand to push down interest rates.  The theory is that if money is cheaper, more will be borrowed, invested and spent, leading to more economic activity and employment.  Whilst it makes things easier for borrowers, QE is often known as “financial repression” as it is designed to hold interest rates under their natural rate and below the rate of inflation.  This makes things harder for savers, particularly on those relying on income from saving accounts and term deposits.  Savers therefore have to make very tough choices as to where they invest.  The simple fact is that some form of investment risk has to be taken on to stand any chance of making a positive long term real return – i.e. a return that beats inflation.   On the other hand, QE can be a significant positive for investors in various asset types.  Sovereign Wealth Partners are specialists in helping clients manage this challenge.

The following extract from an opinion piece by Franklin Templeton provides some background on Quantitative Easing.  One chilling comment is especially noteworthy: “The best way to steal money from people is slowly and without them knowing…  the invisible thief of inflation does the work for you.”

“Quantitative easing is here.  If the experience of global central banks going down this path is anything to go by then the final lyrics of the Eagles classic, Hotel California will resonate:

So down the QE rabbit hole we go.  The RBA last week fulfilled the promises it had strongly hinted at to release even further monetary firepower.  The official cash rate was cut by 0.15% to 0.1%, the target yield for 0-3 year government bonds was adjusted to this new cash rate target, the interest rate on exchange settlement balances held at the RBA was cut to 0% and quantity based quantitative easing was announced in the 5-10 year part of the government bond curve.  On the latter the RBA has committed to purchase $100bn of bonds over a 6 month period equating to around $5bn a week (80% Commonwealth and 20% State Government).  This is in addition to the purchases the RBA will undertake to keep the 0-3 year government bond curve at 0.1%.  This is profound new territory for the local central bank.

The RBA’s balance sheet at the end of October was approximately $295bn.  Drawings under the Term Funding  Facility (TFF)  stand at around $100bn.  If we add a further $100bn under the new 5-10yr QE program and assume some further use of the TFF by commercial banks to access this funding then the balance is likely to move toward ~$550bn over the next 6 months or ~27% of GDP.   For comparison the US Federal Reserve’s balance sheet is ~33% of GDP and the RBA is clearly happy to move with the G-7 pack.

It’s timely it seems to take a pause and look at the history of QE in the US recognizing that what was launched as a temporary program in 2008 is now well and truly part of the furniture in the Eccles building.   The chart below is a simple timeline of the Fed’s balance sheet which is now north of US$7tr. We have added the timeline of the various iterations of QE which have led to the current position.

For an historical perspective, in a speech in 2009 then Fed Chairman Ben Bernanke stressed the temporary status of the Fed’s balance sheet expansion having just embarked on QE1: “..the size of the Fed’s balance sheet will decline, implying a reduction in excess reserves and the monetary base…As the size of he balance sheet and the quantity of excess reserves in the system decline, the Federal Reserve will be able to return to its traditional means of making monetary policy – namely by setting a target for the federal funds rate”. Chairman Ben Bernanke January 13 2009

Aside from some occasional and largely modest shrinkage the direction of the US Fed’s balance sheet has been one way.  Will the RBA be the same?

We don’t have time or space to detail the programs of the ECB, Bank of England or Bank of Japan to name a few, but the actions of the US Fed are significant as a flag bearer for developed market central bank orthodoxy.  So it shouldn’t come as a great surprise that the RBA is following a well established playbook.

The principal takeaway from the last 12 years is that, with the best intentions, QE is not a temporary tool but a semi-permanent feature that once deployed, might be paused, doesn’t seem easily reversed.  With debt levels at record highs the fact remains that suppressing the price of money is a critical precondition for economies having a shot at deleveraging.  That develeraging will take many years.  In such a deleveraging the supply of money dramatically outweighs demand as the easiest of credit conditions do little to stimulate demand for new borrowing.  Equally the oversupply of money which suppresses interest rates creates a potential savings glut – the lower the return on savings the more that needs to be saved etc.

The central conclusion from the RBA’s actions is that nominal interest rates from the very short end out as far as 10 years are going to be constrained.  Meanwhile realized inflation will remain comfortably above the rate curve thereby ensuring an orderly transfer of wealth from savers to borrowers over coming years.  The best way to steal money from people is slowly and without them knowing.  Avoiding nominal losses in bonds through a sharp rise in interest rates can help serve that purpose as the invisible thief of inflation does the work for you.”