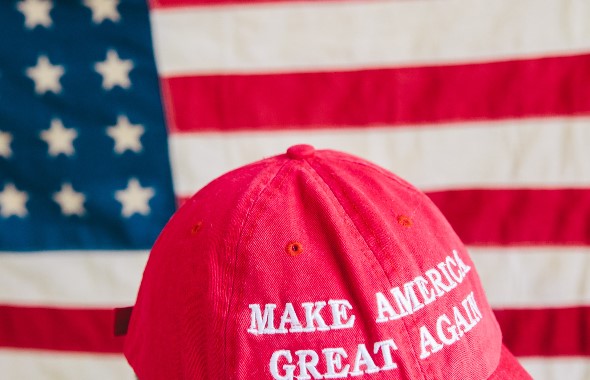 Finally, we have an election result in the US and there is little doubt that it was THE preferred result for markets.

For investment markets, the power dynamics of the Senate and the House of Representatives are arguably more important who gets the White House.  For this election, those dynamics will not be settled for some time yet, but at this point it appears that Republicans may retain Senate control and the Democrats will continue to hold the “House”.

The prospect of a hobbled version of Bidenomics where there is increased fiscal stimulus (government spending), but within the restraint implied by a Republican controlled Senate, has been met warmly by markets.

Once again, historic data can act as a guide. According to Capital Group, since 1933 US sharemarket returns have been highest during periods when the Senate and House of Representatives have been controlled by different parties, irrespective of White House control.  In fact 3% higher than periods when the trifecta was held by one party.

The icing on cake this time round is also the likely reduction in the inherent uncertainty that Trump has brought to geopolitics and trade (for now at least).

That meant that markets around the world were up by between and 5 % and 10%, making up for the falls of the week before and some more besides. The biggest beneficiaries were US tech stocks and Europe, something which neatly points to the polarised state of markets and the investment opportunities that may lie ahead. Europe represents beaten down value (and is a staple for managers and strategies seeking “value”), while the US technology sector is the driver of global earnings growth (and mainstay of managers and strategies seeking “growth”). A more fiscally stimulative US points to a recovery trade of sorts that may benefit value stocks while lower interest rates and a less obviously aggressive anti-trust environment offers a brighter outlook for large tech than a ‘Blue wave’ might have done.

And what of Australia?  Yet again we saw that US news flow often dominates short term moves in Australian markets, more so than local events.  For Australia, the big event last week was the announcement by the RBA on Tuesday that they were cutting short-term rates to 0.1% and that they would be actively buying government bonds in the secondary market in order to supress long-term rates (so-called quantitative easing). This was widely anticipated so it was surprising that bond yields gapped down on the news. However, that lasted all of one day and by the next day the US election news cycle took over and our markets synced right back in with US news flow.  In particular, The Reserve Bank of Australia will be very disappointed that the Australian dollar has jumped almost 3 cents in a week.  They’d just committed $100 billion to try and move it the other way.

The positive impact on local bank shares, however, did stick and this can be seen as positive, indirectly as it probably will help the property market and economy but also it has some direct benefits for bank funding. The fact that the banking sector was up by 10% last week accounted for 2.5% of the local markets overall rise of 6.5%. Without that, a relatively weak performance by the local market would have been more evident as China’s prospective trade restrictions start to bite on some of our high profile exporters.