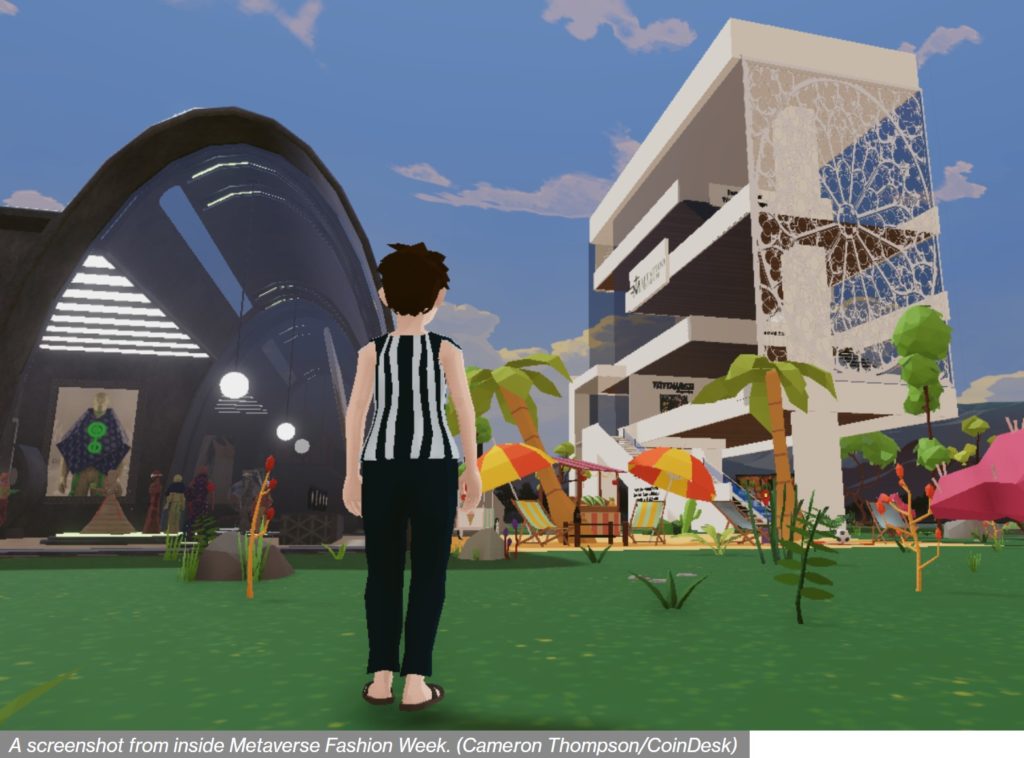 This is something that will leave many people shaking their head and saying: “It’s official: there’s too much money in the system”.

It does, however, tie together the basics of the new technologies we’ve been writing about recently: Blockchain, cryptocurrency  and non-fungible tokens (NFT’s).

So now, if you wish, you can now purchase property in Virtual Reality (VR) or, in parlance you’ll hear more often, the Metaverse.

You may stop reading here, snorting in disgust “That’s ridiculous!” and perhaps it is. But what if it’s not? What if it is like the earliest days of bitcoin and you can bag a bargain now? Or more interestingly, the earliest days of the internet when it was hard to imagine things that we now take for granted such as online shopping?

Well, that’s not for us to say. Although it is hard to imagine paying real money for a property you can’t touch, live in, build upon and so forth. But people are doing just that.

In fact, it may be too late to bag a bargain. Rolling Stone reported that someone recently paid $450,000 to be a neighbour of American wrap artist, Snoop Dogg in a virtual world called the Sandbox. This is alongside other big brands reportedly investing in their VR presence.

What are the Metaverse platforms?

There are three large platforms that currently dominate the Metaverse (and they’re not Meta, formerly known as Facebook). Of course, they all have their own cryptocurrency which you can purchase with real currency.

There are others but these appear to dominate. The only barriers to entry appear to be the know-how and resources (i.e money and programmers). According to this article  (which expands more on these platforms), Facebook recently committed US$10 billion to build its metaverse

Build it and they will come

You might ask, why would I go into a virtual world? What is the point of owning a plot of land in a virtual city?

Commercial interests are just getting started in these worlds – if they can create another source of income you can be sure they will if they think there is an audience.

The objective is to give you a reason to go. For some it may be curiosity but for others it may be an alternative source of entertainment and leisure.

Here is a snapshot of VR potential:

Fashion – Inside Selfridges VR store, they launched the Universe NFT, a collection of Paco Rabanne designed NFT dresses ranging from £2,000 to over £100,000. Your avatar can look very stylish indeed! Selfridges has plans to expand its NFT collection.

Advertising – imagine your avatar moving through its VR world and seeing all the usual advertising methods we see in the real world, such as billboards. Another level we already see in cinema is product placement in VR games. But even more, you may have immersive ad experiences that tell a brand or campaign story which serves as entertainment. Click here for a more expansive article.

Real Estate – agents are becoming established. Metaverse Property is one such service provider.

Construction – so you’ve bought a plot of VR land and you want to build on it. You may want to hire a metaverse architect.

Predictably, we are not going to advise on this.

Whilst the Metaverse may be good for commercial interests to generate revenue, it may all be flim- flam for retail investors. In short, invest at your own risk – it is not without enormous risk. If we take a lead from cryptocurrencies, valuations on Metaverse ‘assets’ is likely to be enormously volatile.

It may be that, in the long run, the best investment is in the commercial interests that operate the VR platforms.

Whatever the case, it looks like it will be an interesting journey, limited only by the imagination of its creators and participants.