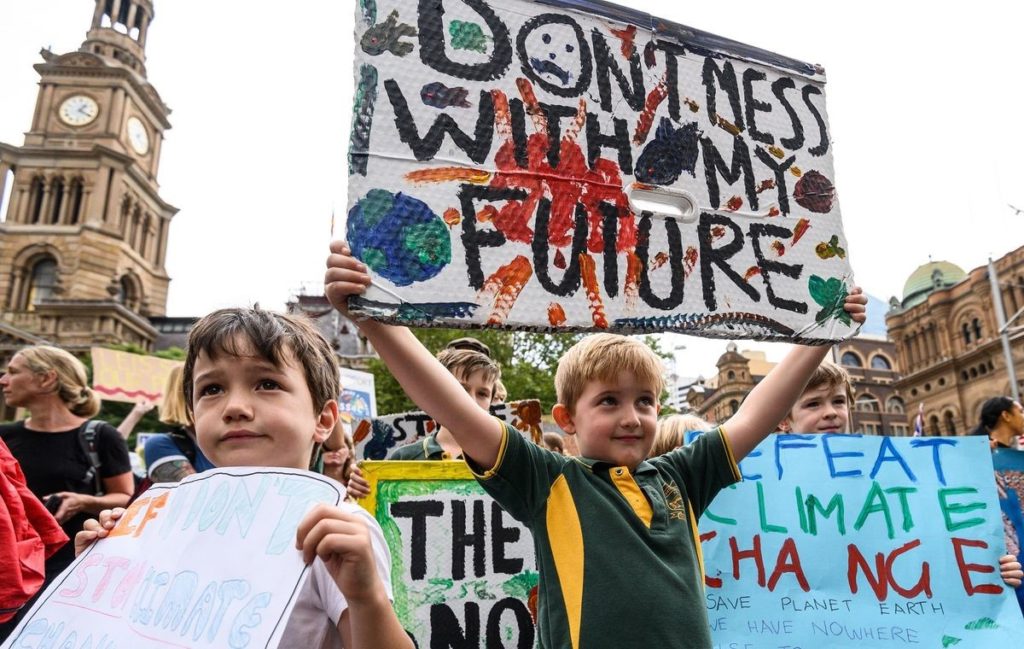 On Friday 15 March around 1.4 million kids around the world skipped school to strike over a lack of meaningful progress to fight climate change.  Around 20,000 of our local kids assembled at Sydney Town Hall.

Were they right to?  Surely the adults have got this thing covered?

These charts may help you decide for yourself.

Source: NASA Goddard Institute for Space Studies, Earth’s average global temperature from 2013 to 20.17 as compared to a baseline average from 1951 to 1980.

The peaks and valleys in carbon dioxide levels track the coming and going of ice ages (low carbon dioxide) and warmer inter-glacials (higher levels). Throughout these cycles, atmospheric carbon dioxide has never been higher than 300 ppm.

In the 1960’s, the global growth rate of atmospheric carbon dioxide was roughly 0.6 ± 0.1 ppm per year. Over the past decade, however, the growth rate has been closer to 2.3 ppm per year. The annual rate of increase in atmospheric carbon dioxide over the past 60 years is about 100 times faster than previous natural increases, such as those that occurred at the end of the last ice age 11,000-17,000 years ago.

Exhibit 4 – Global Clean Energy investment appears to be capping out

197 parties are members of the United Nations Framework Convention on Climate Change (UNFCCC).
A further 12 countries/States have signed but not, as yet, endorsed the agreement.
The US has announced that it will withdraw its agreement in 2019.

So, is this our problem or our children’s?  We would suggest that we all have to take ownership of the issues.  We need to raise awareness and help our families and communities embrace more positive change.