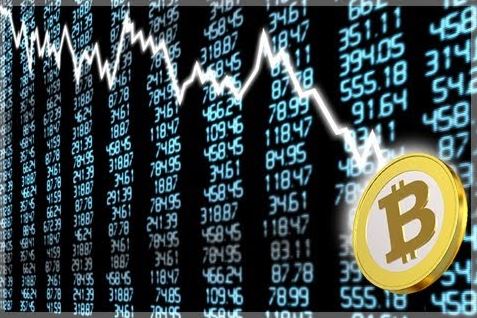 If you own Bitcoin, Ethereum, or pretty much any other cryptocurrency, your portfolio isn’t looking very good today. And you’ve probably gotten your share of smug looks from folks in the office who’d always said this crypto thing is a scam. And I bet you’re also sick of the crypto-faithful telling you to HODL (aka “hold”).

My portfolio is also a sad sight today. But as I’m looking at the double digit red numbers next to the names of the coins I own, I mostly feel relief.

Nobody likes to lose. And yeah, it would’ve been nice if Bitcoin, Ethereum, and other good and interesting projects in the cryptospace continued their moon mission until everyone that owns but a single coin is rich. But the growth in the past year has been so insane — as documented here, here and here — that this could only end in two ways.

One is a correction, which is what’s happening now. Prices are going down and people are selling their coins, but the pace at which this is happening is reasonable considering the prices rose equally as fast. At some point, an equilibrium between buyers and sellers will be reached and, unless we get more bad news, the growth will return, hopefully at a saner pace.

The other option is a total market crash — the type that could happen on news that, say, Bitcoin has been banned in the U.S., or that the operators of a major exchange has exit scammed their customers, stealing all their money and moving to the Bahamas with their Lambos. Or it could simply happen because the market is blown out of proportion — market crashes often happen with few warning signs; maybe a tiny bit of bad news and poof, it’s all gone.

If such a crash were to happen, Bitcoin or Ethereum wouldn’t be down 15, 20 or 25 percent in a day. They’d be a lot lower, and you couldn’t even check the prices because the exchanges and the price tracking sites would all be down.

The fact that the market has corrected makes the fictional scenario described above less likely. Financial markets are often described as pressure cookers; if you heat it up but don’t release the pressure every now and then, it might explode.

Was the pressure too high in the cryptocurrency market? Were the prices overblown? At any given point, you’ll find people who’ll tell you that the growth is just starting and that this will be a multi-trillion dollar market (and if we reach that point, a multi-quadrillion dollar market). And you’ll also find people who’ll tell you that bitcoins and ethers are worth nothing, and that all of 2017 has been a crazy dream.

There have been, however, numerous signs that the prices were too high. When Bitcoin surged past $2,000 for the first time ever, just eight months ago, I spoke with several experts who said the market was overvalued. When the cryptocurrency market cap reached $500 billion for the first time, Ethereum co-founder Vitalik Buterin pointed out that cryptocurrency projects haven’t really fulfilled their lofty promises.

That was exactly a month ago. Right now, after two days of intense selling, the total market cryptocurrency market cap is almost exactly at the $500 billion point again. And Buterin’s points still stand.

I won’t tell you to buy or to sell. On one hand, several projects in the cryptocurrency market look very promising. Ethereum has established itself as a platform for funding and kickstarting new crypto-projects. Monero and Zcash offer, or aim to offer, fully anonymous blockchain transactions. Early-stage projects like EOS and Cardano claim they’re working on platforms that are faster and more secure than Ethereum. An upcoming project called Orchid aims to end surveillance and censorship on the internet; another, called Raiblocks, offers fee-less, ultra-fast, scalable transactions. There are dozens of others that are equally as interesting.

On the other hand, the cryptocurrency market is still ripe with scams, pump and dump schemes, and abundant with misinformation. Bitconnect, a cryptocurrency lending platform that looks suspiciously like a pyramid scheme, shut down Tuesday after cease and desist letters from both Texas and North Carolina securities regulators. It’s bad for the people whose BCC tokens are now worth next to nothing, but it’s probably healthy for the market in the long-term. There’s a lot of talk of regulating the cryptocurrency market — in China, South Korea, the U.S. and elsewhere. As long as the rules are prudently designed, this is probably a good thing, too. Pointless, half-baked and downright scammy projects should go down in flames. Good projects should thrive.

However, if the market gets blown out of proportion again (and then some more) it could all end in a crash from which it’ll take years to recover. This, in turn, could hurt the projects that are actually good. If you’re really bullish on Bitcoin, Ethereum, and this exciting space in general, you should be happy that the prices are getting a reality check.

Disclosure: The author of this text owns, or has recently owned, a number of cryptocurrencies, including BTC and ETH.