Below is the latest colourful dashboard updated from 2 February 2018 by one of our research partners, Ineichen Research & Management (IR&M).

Observations
In the IR&M dashboard, green is good, red is bad. Markets respond mostly to change. Changes vs last update are circled.

The key take outs from this month are:

Important: Ineichen does warn about complacency in financial markets and the very low level of volatility across markets does seem at odds with the volatile political climate.  Historically September and October have been weak months on global exchanges so we are somewhat cautious as to how ‘green’ things really are.

Broadly there are fewer risks, the sum of positive indicators has been more or less increasing since February 2016. Key changes over the month include- PMI indicators in the US improving and falling in the UK. Long term 10yr yields falling is now negative across the globe. 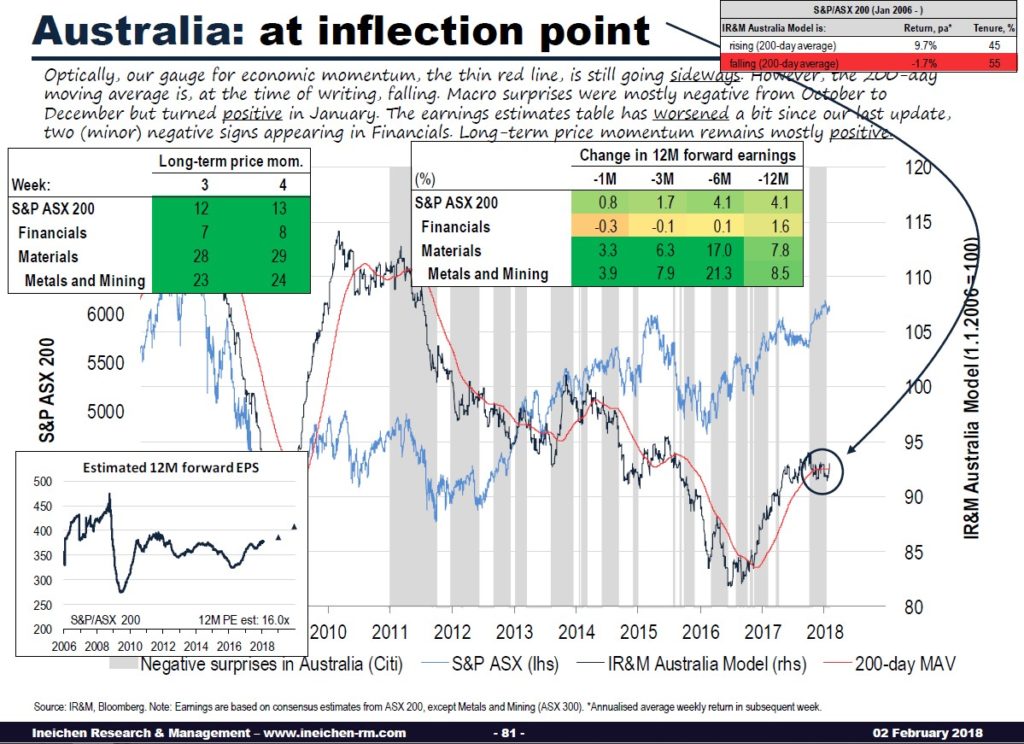