Set out below is the latest colourful dashboard updated on  20 July 2018 from one of our research partners, Ineichen Research & Management (IR&M).

Observations
In the IR&M dashboard, green is good, red is bad. Markets respond mostly to change. Changes vs last update are circled.

The key take outs from this month are: 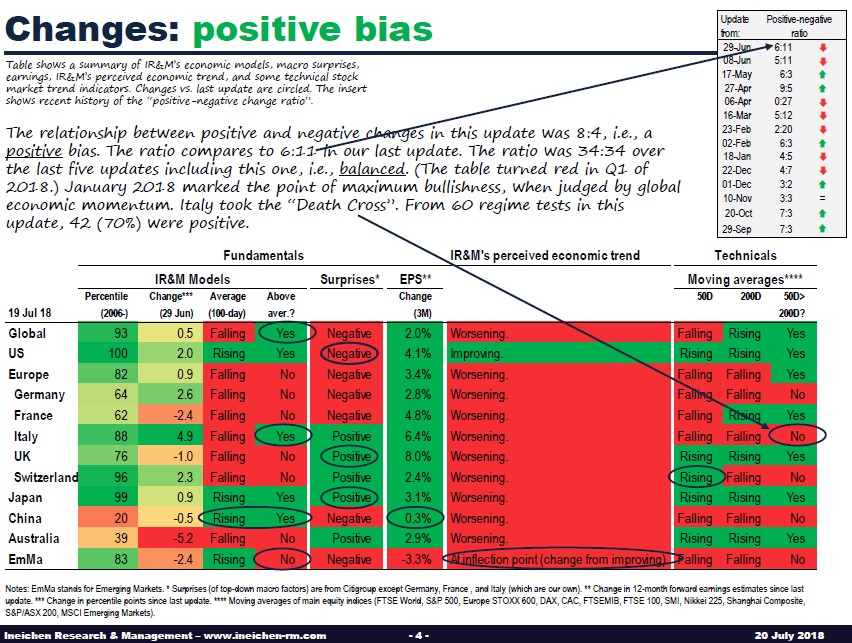 The sum of ticks has now been slowly falling. Key changes over the month of July were negative turns for FX long term momentum in both Japan and China.

What about Australia?
According to Ineichen’s data, in Australia, not much over the past four months has changed. Economic momentum remains unchanged with macro surprises continuing to be negative and earnings estimates not changing. Long term price momentum remains mostly positive.

In this month’s update Ineichen looks at GDP, suggesting forecasts remain stable until 2020. 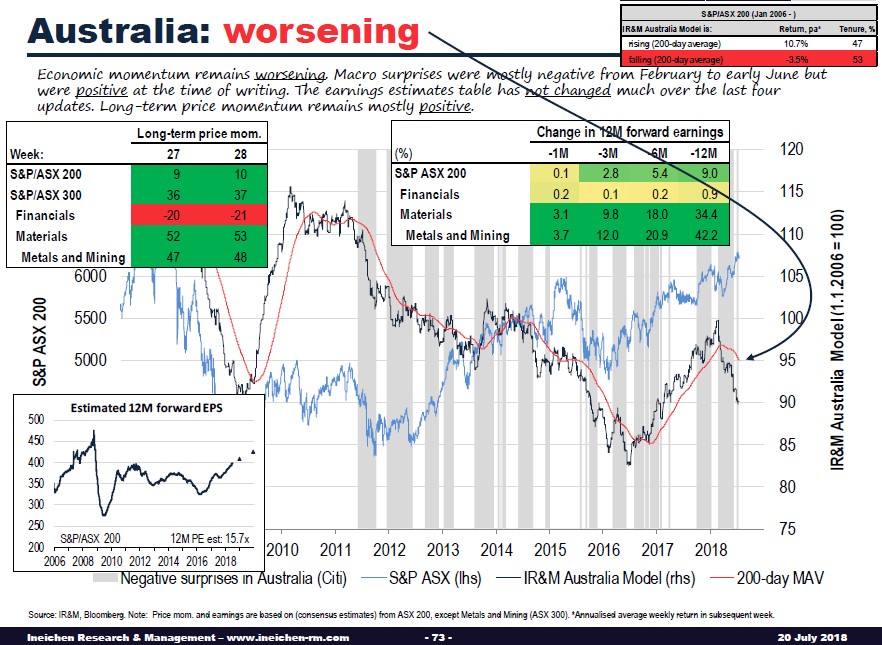