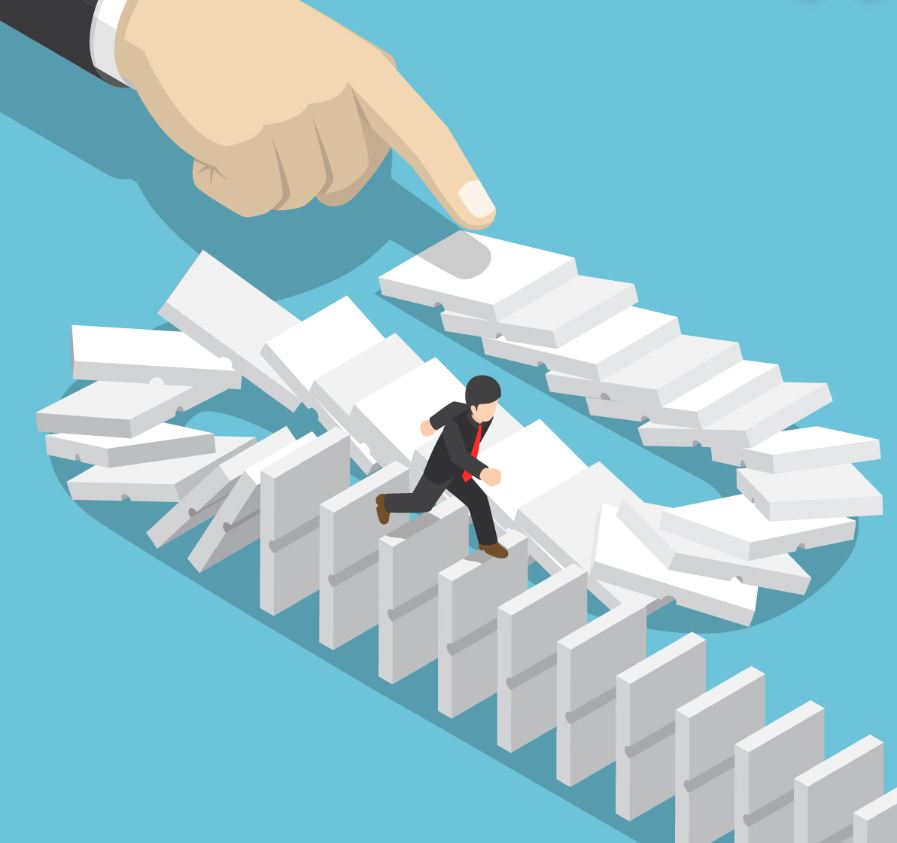 Disruption is everywhere and affects all aspects of modern life. Industries are being transformed as small, nimble start-ups with superior technology and innovative products displace large established companies that have dominated their sectors for decades. But why should investors care?

Disruption is defined as disturbance or problems which interrupt an event, activity or process.

In the context of the global economy, disruption can be the result of:

Where is it happening?

Disruption is everywhere and affects all aspects of modern life. Industries are being transformed as small, nimble start-ups with superior technology and innovative products displace large established companies that have dominated their sectors for decades.

Disruption is not just affecting the obvious areas (such as telecoms, software, retailing and media) but is having an impact across the spectrum. This includes areas often seen as being immune from disruption.

For example, legal services are set to be transformed as the use of artificial intelligence (AI) will make the process of legal research quicker, less labour-intensive and (hopefully) considerably cheaper.

In healthcare, new technologies are changing the way that pharmaceutical companies conduct research in areas such as genetics and gene therapy, that would have been impossible only a few years ago. DNA sequencing technology can now be applied to small, targeted areas or the entire genome, allowing researchers to investigate and analyse diseases in a completely different and much more cost-effective way, which is transforming the way that new drugs are being developed.

How are companies reacting to disruption?

Disruption is changing the way the global economy operates and the rapid evolution of new companies is transforming the way they interact with their customers.

Companies faced with disruption (from a new competitor or product) usually react by becoming either an enabler (the conduit for change), an adaptor (the positive respondent who seeks to amend their business or product range) or a denier (the incumbent who fails to adapt).

In California’s 19th century gold rush, the enablers (and the people who got rich) were the people selling the picks and shovels. Software companies are an example of the enablers group today. But whenever there is disruption, invariably there are companies that provide the tools for change to take place (often without the risks associated with the disruptors themselves).

When is it happening?

Disruption is not new (the industrial revolution can be seen as one of the earliest examples of economic disruption), but the pace of change as a result of technological innovation is accelerating.

The technological revolution of the past few years, with the expansion of the internet and mobile phone usage, is just the beginning. We are now at the point where technologies have converged to such a degree that there will be an explosion in innovation in the next few years.

AI will continue to develop at a rapid pace, underlining its increasing importance in managing and storing the explosion in data (such as digital photos, music, films etc.) seen in the past few years.

Industries such as banking will be transformed as new technology radically changes the way consumers manage their money. Retailers face ever more competition from their online rivals, while the next few years will see the start of a transformational shift from internal combustion engines to electric vehicles.

As an investor, why should I care about disruption?

The modern world is changing, and changing fast. Disruption is now a feature of our everyday lives, transforming consumer habits and the way that companies and customers interact. But the interesting feature from an investment perspective is the growth that arises from disruption. When you get disruption, you tend to get innovations and developments that can be quite powerful. Innovation creates growth that has yet to be recognised.

The successful companies in the future will undoubtedly be those that embrace disruption and adapt to the changes, just as those companies that fail to adapt or seek to deny that changes are happening could easily fall by the wayside.  A modern investor needs to understand the power of disruption to identify which companies are likely to benefit and which are set to become victims. Investors looking to create a portfolio of stocks may wish to allocate some of it to the theme of disruption in general rather than focusing on a particular country, industry or index.