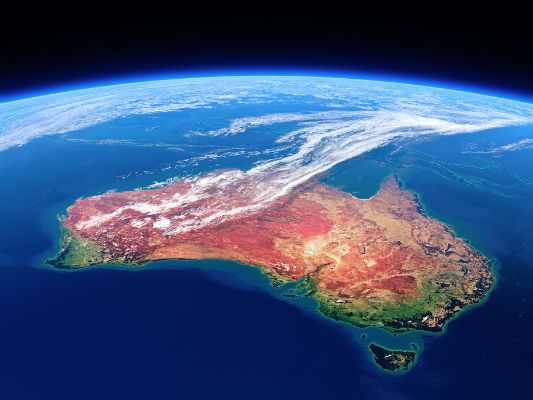 Heatwaves for one month each year and 10 per cent less water Australia-wide are just some impacts predicted even if the globe meets the most optimistic goal of an international climate agreement.

New research, commissioned by the Climate Institute, found Australia would be significantly impacted if the globe warms by 1.5C – the aspirational target at last year’s United Nations climate change conference.

At that temperature the north of the country would experience heatwaves for one month each year, while the south would be hit for about two weeks.

The globe is now experiencing warming of about 1C, a level the institute says is already dangerous.

The research by Climate Analytics found that at 2C northern residents can expect heatwaves for about two months of the year and the south will get them for about three weeks.

Virtually all tropical coral reefs would be severely degraded and sea level rise would hit about 50cm by 2100.

The institute has released a roadmap for cutting carbon emissions and ending up on a trajectory to net zero emissions by 2050.

The basic messages is, the longer the country puts off strong action, the harder it will become.

That’s because the globe has a “carbon budget” to keep global warming under 2C and if Australia keeps using its allocation of that budget now, there will be less to access later.

It would mean drastic cuts to emissions, potentially impacting jobs and power prices.

The government has promised to cut emissions by 26 to 28 per cent by 2030 and review its direct action climate policy next year.