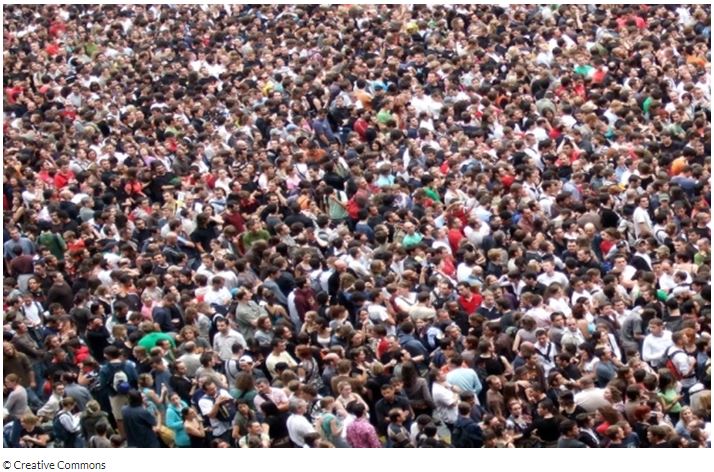 Around the world, political leaders are finding success selling deceptively simple answers to difficult questions, using the failings of free trade and mass migration as a convenient whipping boy for rising inequality.

Giving a voice to people’s frustration is one thing, but addressing the cumulative long-term effects of privatisation, de-regulation, corruption and technological change that have silently eroded the economic rights of the individual is another. Investors need to be aware of this.

A global economy flush with cheap capital has not helped, generating asset price inflation to the glee of the wealthy and accelerating a boom in skill-biased technological innovation. Arguably, it is the failure of policy makers to equip their labour forces with the skills of the future that has been the most profound contributor to the growing angst around wealth differentials.

The real question for policy makers is how to return opportunity to the people, with the societies that prove more resilient being the ones that can afford to balance the need for equal opportunity with unequal reward.

What matters for investors is that populist policies almost always result in looser fiscal policy, often at the expense of productivity-enhancing structural reform with negative short-term social consequences.

The euro area is a case in point. Following the European sovereign crisis, the European Central Bank embarked on an asset purchasing programme to create a more favourable environment for unleashing market mechanisms in Europe’s rigid economies and bloated welfare systems. It was a precondition for steady and balanced growth. The short-term impact of fiscal austerity, for example, created socio-political problems of rising unemployment and falling state revenues. It created a policy outcome no euro area government had a mandate for. Witness the social turmoil and political changes in Greece, France, Italy, Spain and Portugal as these countries experienced a powerful pushback to labour reform and austerity.

The rise of populism across Europe has also been accompanied by a surge in tensions between autonomists and centralisers, with the potential to further exacerbate fiscal risks. Interestingly, this trend is not a reaction to economic woes, being most pronounced in Europe’s most successful regions. Northern Italy, the wealthiest part of the country, has long flirted with the idea of floating off to form a country called Padania. Catalonia, the most productive part of Spain, has been fighting for independence to cut its payments to poorer Andalusians. The continent’s integration was meant to solve such questions, but they are surfacing once more to the angst of Europe’s leaders.

Not even the United Kingdom, where the House of Commons plays the role of one of the oldest representative institutions on Earth, has been immune to the spread of populism. Britain has succumbed to the populist wave because it decided to apply the most powerful tool in the populist toolbox – the referendum – to the most profound question regarding its relationship with its main political and economic partner. While the visible result has been the re-shaping of British politics by ‘Brexiteers’ claiming that the people have spoken, the less visible result has been a constitutional revolution. Before the referendum, Parliament reflected the best interests of the sovereign. Now, for the first time in Britain’s parliamentary history, MP’s feel obliged to give in to a populist revolution.

Recent events in Italy are a timely reminder that populism, fiscal policies, bank balance sheets and lending to the private sector are inextricably linked.

Through rising yields, bond markets sanction any perception of unsound fiscal policies likely to aggravate budget deficits and public debt, or in the case of the euro area, violate commitments to deficit and debt targets. Rising bond yields shrink the value of bank assets which consist of large holdings of government bonds, in turn making banks more risk averse and less inclined to extend credit to the private sector.

With Trump’s populist policies seeking to widen US fiscal deficits to levels last seen in times of war or recession, markets may soon begin to discount the US government’s EM like sovereign risk profile and increasingly limited fiscal firepower.

With the populist locomotive now set in motion, increasing political risks have the potential to stress nations that have rapidly accumulated both public and private debt, reliant on external capital despite weaker institutional frameworks.

Set against the backdrop of tighter global monetary liquidity and the potential for slower growth and higher inflation, the financial and political tail risks are elevated.

A decade of overindulgence has led to another set of risks. As generationally-low interest rates and QE-induced yield curve flattening has throttled excess capital towards increasingly risky financial assets, investors have been willing to pay a premium for the illusion of durability in an uncertain world.

The bubble in ‘structural’ growth is perhaps the most poignant example. Technology products and their suppliers have changed the world, making up a higher proportion of global market capitalisation than ever before (globalisation has been a conduit for even greater industry concentration and risk).

Tending to dominate their early niches, businesses such as the FAANNGM’s (an ever-expanding acronym), Alibaba and Tencent have generated tremendous value protected by deep competitive moats.

In search for further growth, investors are investing in their competitors. Whether it’s Amazon and Netflix competing on content streaming or Amazon’s Alexa threatening Google’s core search business with its voice search capabilities, the titans are bumping heads.

For competing software and internet businesses, barriers to entry are being eroded. The ability to deploy, then effortlessly scale their technology on platforms offered by Amazon Web Services, Microsoft Azure and Google Cloud reduces up-front capital expenditure. Combined with large addressable markets and a boom in cheap venture capital funding, particularly in the US and China, the seeds for intensifying competition have been sown. The next frontier of technological disruption won’t be so easily won.

The challenge with the current environment is the number of low probability, but potentially material, events that are difficult to build a portfolio around.  Accordingly, over the long-term, we believe that a holistic framework for managing uncertainty is likely to prevail.

Jacob Mitchell is Founder and Chief Investment Officer of active global equity investment manager Antipodes Partners. This article is general information and does not consider the circumstances of any investor.