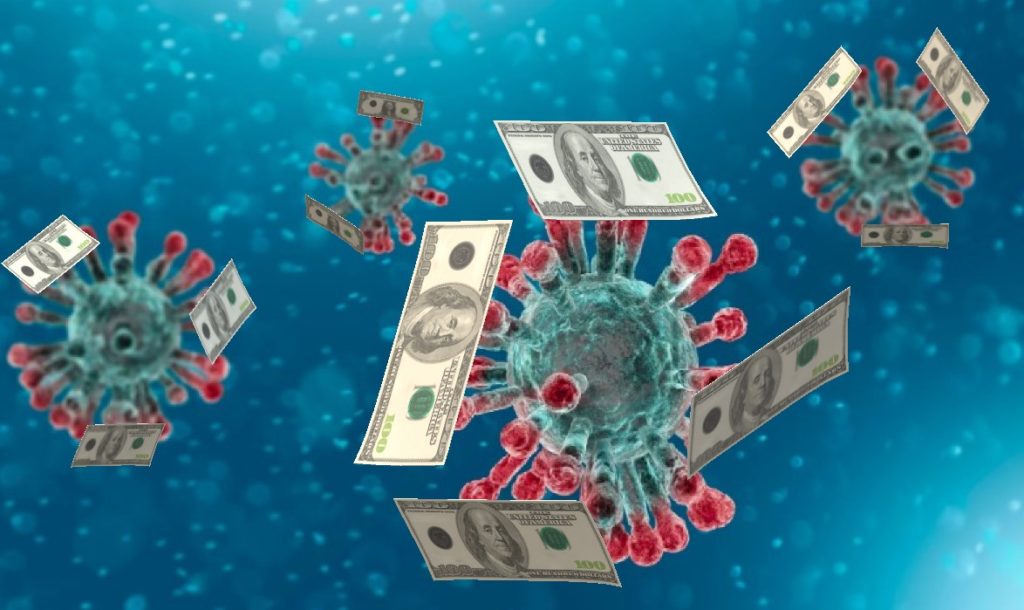 The Wuhan novel coronavirus continues to spread at an increasing rate, with around 4000 new cases confirmed each day, a death count of 724 (around 2% of total cases) and confirmed recoveries of only 2196 (John Hopkins University data as at 7 Feb 2020).

Putting aside the human cost and heroic efforts in China and around the world to deal with it, as wealth advisers it’s our job to consider portfolio implications for clients.

No one knows how ‘big’ this coronavirus will be.  This is because the spread and mortality rates have not settled and effective treatment has not yet been discovered.  According to Bridgewater, the biggest similar looking pandemics in recent history are Swine Flu in 2009, SARS in 2003 and the Spanish Flu in 1918.  All three lasted around a year before moving into a diminishing state and impacted economic activity and financial markets a lot.

The Spanish Flu occurred in the midst of World War I and eventually became fully global, killing more than 50 million, many more than the war itself. Being over a 100 years ago and with the data mixed up with the ravages of the war, the direct impact of Spanish flu on the markets is hard to isolate, but global shares were weak for several years at the war’s conclusion and gold was strong.

With varying impacts and timeframes, each of these pandemics (including Wuhan coronavirus) resulted in weak equities (shares), falling bond yields and strong gold prices.

Thus far, Chinese shares fell 15% as the coronavirus news hit the mainstream in the second half of January.  They have regained around 4% as investors grow more confident in China’s serious and organised response.  In Australia, the impact is sector and stock specific.  Sadly it will prove disastrous for some.  Australian shares fell 3% overall (unsurprising as China is its main trading partner)  but have regained around a half of that loss.  US share markets lost a small amount but have gone on to new highs with different topics now driving daily moves.

Generally speaking in the financial markets, big new bad things are initially ‘under-worried’ about because of the “disposition” effect, a behavioural bias of reticence to accept a new reality.  And statistically, most negative event-driven news is soon forgotten. But if it’s really big, it continues to progress until it becomes ‘over-worried’ about because, finally, the fundamentals swing towards a diminishing impact.

The relevant statistic that would indicate a diminishing impact in Wuhan coronavirus will likely be significant deceleration in new reported cases in impacted countries and or announcement of a credible treatment.  In an age of instant globalised news-flow (with a healthy scepticism for fake news) funds managers around the world are tracking data sources in all related areas such as John Hopkins University’s daily analysis below:

No signs of a slowdown but an optimist would point out at that recent confirmed cases in mainland China are NOT rising exponentially and the Chinese have been very disciplined with their response. And the much lower numbers outside China – around 343 and growing around 10% per day – will give the rest of the world around 60 days grace to watch and learn from China’s experience.

Overall though, with only a couple of thousand official survivors and no real news on successful treatment what we don’t know is greater than what we do know.  So the importance of smart diversification comes to the fore again.  By diversification we mean maintaining a spread of investments across stocks, industries, asset classes, currencies and regions all around the globe. Most well diversified investment portfolios we advise on are ‘up’ for 2020 so far.  The weakness in the Australian currency has delivered gains in translation of many overseas investments.

In the main, Sovereign’s clients have a major advantage over trigger-happy professional investors who have to compete over monthly and quarterly results.  Our clients have long investment timeframes spanning generations.  We think that the financial market implications of Coronavirus are severe weakness in specific markets for a period of months and some individual stock blow-ups.  Asian investments were already relatively cheap and just got cheaper.  We can debate the merits of timing a portfolio ‘tilt’ towards those cheaper markets but we don’t think the virus should influence decision making very much in well diversified long term portfolios.