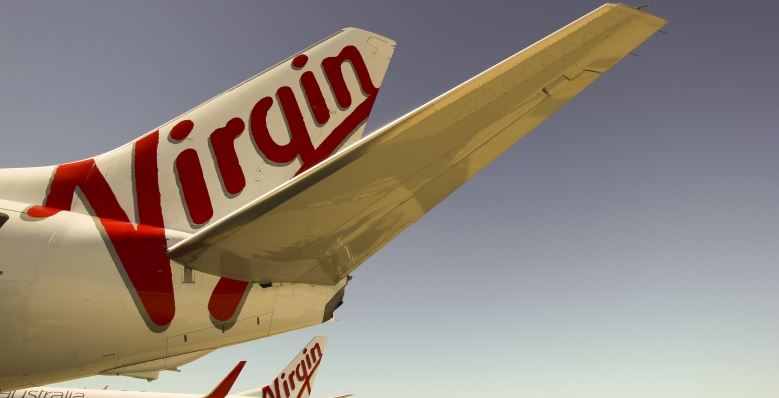 Virgin Australia’s in-flight Wi-Fi will use Optus’ fleet of satellites and connectivity provider Gogo, with the three-month trial on one domestic aircraft providing customers with free access to the service. Virgin Australia has announced commencing a three-month trial of its on-board Wi-Fi service in partnership with connectivity company Gogo and satellite telecommunications provider Optus. Optus’ satellite division owns the highest number of satellites covering Australia and New Zealand, with five satellites in orbit providing coverage to the region. Gogo, which also provides in-flight Wi-Fi between Australia and the United States on Delta Air Lines, will deliver simultaneous transmissions by making use of a dual antenna — one for the forward link and one for the return link.
The trials will take place on board one of Virgin’s Boeing 737-800 domestic aircraft, allowing customers to use the service for free during the three-month period. Users will also be given three months’ free access to streaming services Netflix, Stan, and Pandora Plus.
“We want to ensure that guests can stay reliably connected in the air while also enjoying the fantastic entertainment and customer service for which Virgin Australia is well known,” Virgin Australia Airlines group executive John Thomas said.
“We’re looking forward to receiving guest feedback about our in-flight connectivity over the next three months to ensure we are able to offer the best possible service in the sky.”
Virgin added that it would “finalise its business model” after the test period and consideration of customer feedback.
Virgin Australia’s announcement follows rival airline Qantas launching its in-flight Wi-Fi in beta mode two weeks ago on-board one of its Boeing 737 aircraft that travels between Melbourne, Sydney, and Brisbane, making the service available for around 15,000 customers per month travelling on these routes.
By comparison, Qantas has guaranteed its Wi-Fi service will remain free of charge once it exits beta mode.
Qantas’ service makes use of the National Broadband Network’s Sky Muster satellite service in partnership with satellite communications service provider ViaSat, and allows customers to stream Foxtel, Stan, Netflix, and Spotify content for free while in-flight.
Compared to Optus’ five satellites, NBN has just two, with the Qantas service making use of idle satellite capacity as its aircraft travel through Sky Muster’s 101 Ka-band spot beams. A satellite antenna will be mounted on the top of each aircraft by Qantas engineers, along with several wireless access points, resulting in similar signal strength for all passengers no matter where they are seated on the plane.
While Virgin Australia has not yet announced what speeds it will provide, a series of live tests of Qantas’ service during the first commercial Wi-Fi flight saw speeds range between 2.57Mbps and 7.24Mbps download and 0.26Mbps and 0.61Mbps upload.
ViaSat is aiming to provide a service-level guarantee to Qantas of 12Mbps at all times throughout the flight once the service leaves beta mode, however.
Qantas is also looking to enable Wi-Fi connectivity for its pilots, allowing them to obtain real-time information on weather conditions in order to inform flight planning.
Qantas will continue testing the service until midyear, ahead of launching it on 80 Boeing 737 and Airbus 330 domestic travel aircraft by the end of 2018. Once the rollout is complete, around 15 million customers per year will experience the service. The airline also hopes to bring the service to its international fleet in future.