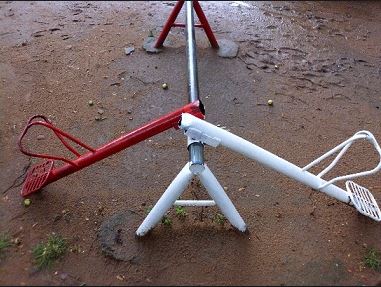 As equity markets soar, incoming economic data, albeit historical, continues to underwhelm and disappoint. After a period of relative inaction, interest rate cuts are back in favour, but the policy interest rates of advanced-country central banks are already stuck at uncomfortably low levels.

And not just for the moment – a growing body of evidence suggests that this awkward condition is likely to persist. Unfortunately, there is little evidence to suggest that lower and lower policy rates are successfully generating either better real growth outcomes or higher inflation.

Despite largely maintaining policy rates below their own estimated “neutral” levels for more than a decade, the central banks of the U.S., the Eurozone, and Australia, among others, have been guiding markets to expect lower interest rates for longer.

Markets and investors are firmly of the belief low interest rates are positive for equities and some other “risky” assets, but is that really the case if economic growth does not respond?

In Australia, savers have nowhere to hide. Interest rates on almost all savings accounts and about 45% of term deposits are now below the headline inflation rate – negative real savings rates.

NAB’s Monthly Business Survey revealed business conditions weakened further in May and are now well below average, while the Westpac-Melbourne Institute Index of Consumer Confidence declined from 101.3 in May to 100.7 in June. This is a disappointing outcome in the wake of the cut in official interest rates, but perhaps the RBA was aware of weak consumer confidence before the 4 June cut.

Business confidence rose sharply in the NAB survey, with the election result and rate cut expectations the likely drivers. However, forward orders continued to fall. The May jobs report was a mixed bag. Overall this is not a positive report from the perspective of household consumption or wages growth.

With the RBA now fixated on unemployment, the likelihood of another rate cut in July is very much on the table. Economic growth is stalling and will be reflected in corporate earnings. The consumer is likely to retreat further affecting the velocity of money in circulation, a key driver of economic activity, or be forced into riskier assets in search of a reasonable return on their capital.

Companies have been battling weaker business conditions for some time now, artificially improving their bottom line or carrying out share buybacks, spurred on by hopeful investors as equity markets reach new highs.

With the S&P/ASX 200 price earnings multiple currently near 17, perhaps higher excluding resources, and earnings growth mid-single digit, the price-to-earnings-growth (PEG) ratio is around three. Peter Lynch of ‘One Up on Wall Street’ fame, believed a company was fairly valued when its price earnings multiple equals the earnings growth rate—a PEG ratio of one. He was interested in companies with a PEG ratio of less than one, those that are undervalued. There are not too many around currently.

The AFR’s Patrick Commins argues that share prices seem to factor in all of the good news (lower rates, extended cycle, some trade war detente at this week’s G20 summit) and none of the bad news. Pendal Group’s head of multi-asset, Michael Blayney, says “It’s widely recognised that US stocks are “priced for perfection”.

So what to do?

At Sovereign Wealth Partners we seek to be positioned away from the most overpriced assets, but if the low interest rate environment is here to stay then elevated prices for shares, property and other “risky” assets can be supported for quite some time.  In our advice work we always focus on the client’s timeframe and objectives. For clients with a ten year plus timeframe we see good reasons to stay close to fully invested in long term allocations as the underlying yield from growth style assets is far higher than pure cash and defensive bonds. Our research would indicate a long term return of between 5% and 7.5%pa for shares and commercial property over the next 10 years (with many a bump along the way). For clients with shorter time horizons, the choices are harder as the upside potential has reduced and we are inevitably closer to the next downturn, whenever that may be.  In any event the sharp fall in interest rates has changed the playing field again and at the least may warrant looking at the composition of bond portfolios.

If you have any queries about your portfolio or its positioning, please do not hesitate to contact us on (02) 8216 1777.