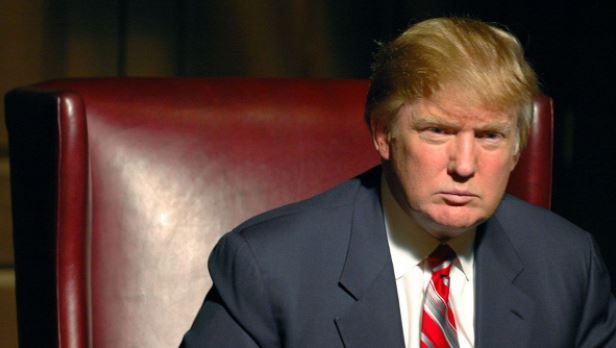 In the story of American business, says Netflix’s Dirty Money, Donald Trump is not a hero. He shouldn’t be listed alongside Rockefeller, Ford, and Jobs, argues writer Tim O’Brien; for Trump is P.T. Barnum. He’s a self-promoter and a showman who will tell any lies necessary to feed the narrative of his own success.

Depending on who you ask, the Trump presidency was inevitable, overdue, calculated, or a bumbling, catastrophic coincidence. Dirty Money‘s episode synopsis describes Trump Inc. as a “consummate branding machine that propelled him into office.” The episode shows us a young Trump with good luck and massive inheritance – a skeleton built into a full-on character by NBC’s The Apprentice in the early 2000s.

Trump lands under a microscope for his business history in Dirty Money‘s “The Confidence Man,” so named to invoke connotations of the con man, who swindles his victims and preys on their susceptibility. But, as the documentary episode directed by Fisher Stevens explains, the driving force in Trump’s career has been his actual confidence. Trump himself says in an old interview that he isn’t necessarily smarter than other people, but that he has the confidence.

Former associates describe Trump as someone obsessed with his own self-worth and possessed of a “reptilian” awareness of media. He was, according to O’Brien, “walking through the world as director, producer, and star of his own movie.” Apprentice producers emphasize that everything on the show was fabricated and done up to look impressive, including Trump himself.

One disturbing anecdote in the episode comes from Jack O’Donnell, who worked with Trump in the ’80s and ’90s and recalls him being underprepared and uninformed about his own properties. O’Donnell’s partners were concerned about working with him; When two of them died in a helicopter crash, O’Donnell witnessed Trump putting a “braggadocios spin” on their deaths and promoting his casino – which eventually failed – regardless.

As “The Confidence Man” unfolds, it reminds us of the ubiquity of Trump before he turned his attention to the presidency. He appears in cartoons, on TV shows, as a lyric in song after song. During one chapter of his life, he’s an ad man, using his name and likeness to sell products and stay in the public eye at any cost. The documentary also notes ties to Russian oligarchs and some fairly corrupt individuals with whom Trump threw in his lot at Bayrock.

For the most part, Dirty Money stays  away from the social and political (the show includes some comments Trump has made about women, because there are just so many). “Forget moralism,” says one insider. “It’s just bad business.” The closest we get to something more is an interview with former White House ethics officer Walter M. Shaub, who served under Bush and Obama before resigning when he witnessed what he calls “the monetization of the presidency” at Trump’s hand.

So we have our confidence man, positioned in power, infallible in his own mind, and executing – perhaps – the greatest con in American history. But confidence, as the documentary points out, is a two way street:

“At what point do the American people utterly lose confidence in him?”

Dirty Money is now streaming on Netflix. Click here for a preview of the trailer.