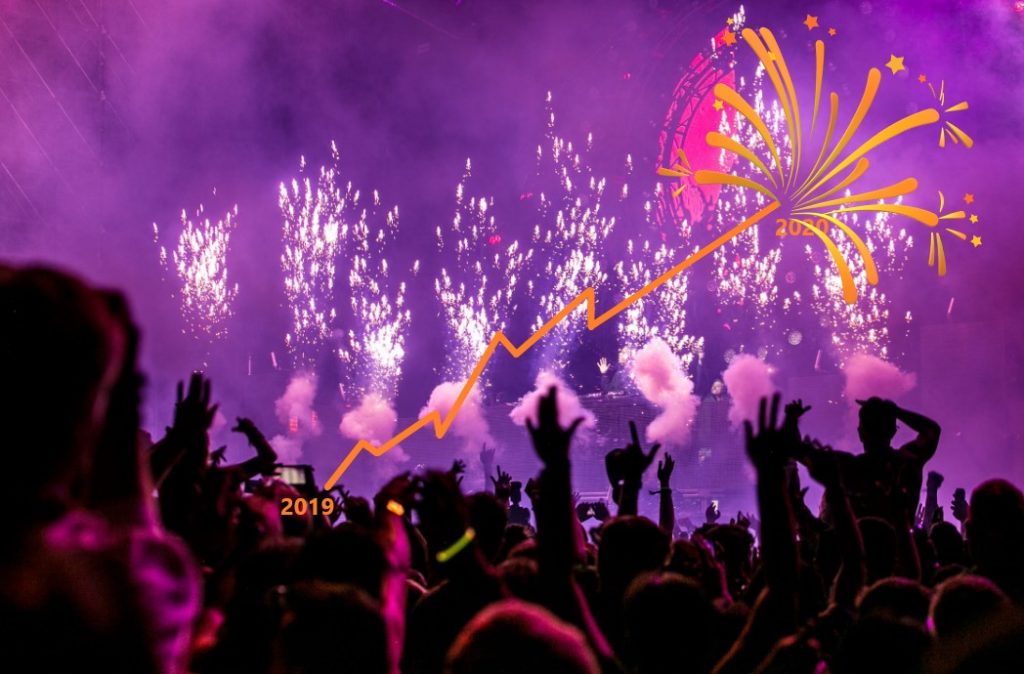 The global economy stalled last year but equity markets still went up (a lot) for largely technical reasons. So from here, do you go with the flow and assume the good times are here to stay or is it worth having a conversation about what could go wrong? The good news is some of those technical factors remain in place so it’s not all doom and gloom, for the time being. Still, it is worth thinking about what has been driving markets so you are in a better position to answer some of those ‘what’s next’ questions with cautious conviction.

Whatever your outlook, looking back at the past year, for most investors the outcomes have probably been fairly good. This time last year markets had just fallen 10-20%, depending on where you were invested, and most forecasts were on a spectrum from cautious to catastrophic. This time around everyone is a little more upbeat and the US economy is seemingly on a tear. So why spoil a perfectly good party with a complicated and nuanced investment narrative. Because markets have a habit of surprising us.

So what are these nuances you speak of?

First of all, we need to dissect last year’s performance and look through the headlines. Markets were up by 20-30% in 2019 (in local currency terms) across the board despite the doomsayers being largely right about the economy and despite a few geopolitical bombshells (some that were forecast and more that were not). Last year, global GDP came in below modest consensus forecasts as global industrial production plunged to recessionary levels. Aggregate earnings per share for the S&P 500 were actually down by 2% during 2019 (as some of the gloomier pundits had predicted) yet that index was up by over 30%. So how did markets achieve this spectacular result against the odds?

The first rather prosaic reason has to do with the fact that we are looking at a very specific 12 months, during the first 3 months of which markets simply rebounded to where they had been 3 months before last Christmas. That’s a 10-20% lift which was really just recapturing the sharp losses of Q4 2018. If we remove our calendar year blinkers and look at the last 15 months (as in the chart below) we can see that from about March 2019 markets were up by a less dramatic 10-15%. The even more intriguing question is why markets rebounded so quickly and why they continued rising into the end of 2019 despite fairly awful fundamentals.

We don’t put much store by the short-term predictive abilities of ourselves or anyone else for that matter. But one thing we think we are reasonably good at is thinking about scenarios – if the unpredictable factor x changes then what happens to y. For a few years now we have noticed and been impressed by just how unpredictable interest rates are and the huge impact they have had on asset prices. This combination of understanding the theory and noticing what is happening in the real world, we hope, makes a complex investment environment slightly easier to digest.

Conceptually what we are referring to here is that a shift in discount rates (bond yields) affects asset prices. In short, our scenario analysis indicates that a 1% fall in interest rates with all other things (i.e. growth) being equal would theoretically result in a reflexive 20% rise in markets. This is a similar mechanism to house prices rising when interest rates fall as people can afford to service a high level of debt and so have greater purchasing power, collectively sending prices higher.

So when Jerome Powell, Chairman of the US Federal Reserve told markets that the Fed was going to stop raising rates and might even drop them in 2019, markets duly recovered and continued to rise as rate expectations continued to fall. A resilient US consumer also served to convince analysts that the US, the engine of the global economy, would ride out the air pocket of trade uncertainty and a slowing and indebted China. So even as actual earnings have stalled, expectations of future earnings growth have remained robust.

Similarly, Australian rates fell by more than US rates and the Australian market outperformed despite an even more rapidly cooling economy plus the ructions seen in the financial services sector. We have added a chart of interest rates in the bottom pane of the graph below to show the extent to which bond yields fell and also how the gap between US and Australian yields widened and then narrowed a little recently (probably not coincidentally Australian equities underperformed most markets by some 5-7% in the last quarter).

As an aside, we also added two lines showing the two most troubled equity markets last year, the UK and Hong Kong. These both trailed global markets but not by terribly much. A rising tide lifts all boats it appears.

Central bank rate easing and other support measures means everyone’s a winner so does it matter how you got there and what does it mean for the future?

So far, we have only talked about returns but more interesting is the risk exhibited by different markets during that period. A cursory glance at the above chart shows that the while the tech-heavy US equity market ended the 15-month period at or near the top of the pile it was also the market that exhibited the most risk along the way. The following two charts demonstrate this in terms of volatility (on the left-hand side) and also peak to trough drawdown (on the right-hand side). Although the latter metric can be cumbersome to define it is perhaps the most intuitive for clients – formally the maximum amount lost before making a full recovery but more simply ‘the worst loss seen over the period’.

Much reviled emerging markets actually performed quite well in risk-adjusted terms while Australia was the stand-out. All of this is ostensibly backwards-looking but it does give us some clues about what could happen in the future. The main observations are that we have seen the biggest risk in periods when there is a question mark over growth but more importantly also when interest rate expectations are rising. We have also seen markets rise when growth is falling to almost recessionary levels only for markets to be more than underpinned by falling interest rate expectations.

Lastly, we have seen that among individual markets those that are the most sensitive to interest rates are those that have the highest historical growth and are the most highly valued. Higher growth companies will earn a larger proportion of their earnings further into the future and those earnings are more sensitive to changes in long term discount rates. Again, theory and reality are not as far apart as it first seems.

Does this mean markets are again vulnerable to a rapid down draught? Not necessarily. While markets have been eager (perhaps over eager) to discount future rate cuts we have also seen that the US Fed seems ready ‘to do whatever it takes’ to keep markets afloat and the system remains awash with liquidity. In the words of our associate economist, Andrew Hunt, this week “The Fed is belatedly removing liquidity again at present but the Fed’s actions in 2019 tell us that it would rather inflate what are now wealth rather than capital- allocating markets. Put simply, the Fed seems to care more about 401Ks rather than resource allocation and productivity.” This sentiment might keep markets going in the short-term but does not bode well for the longer term.

So, having dissected the recent past and reflected a little on the present what of the future? In this finely balanced environment, so late in the cycle, we utilise our market valuation framework to form an understanding of where valuations are and what that may imply for future returns. That framework is our steady hand on the tiller and it tells us that in the ‘lower for longer’ interest rate scenario markets will probably deliver enough to make it worthwhile for investors to be invested in risk assets over the longer term, if they can stomach some volatility along the way. Our market valuation framework also tries to look around a few corners where interest rates and inflation are less predictable. Some of these scenarios are admittedly quite scary but the good news is they do not appear imminent enough that you need to be too concerned about them in the here and now.

© 2020. This publication is subject to copyright of InvestSense Pty Ltd. Except for the temporary copy held in a computer’s cache and a single permanent copy for your personal reference or other than in accordance with the provisions of the Copyright Act, no part of this publication may, in any form or by any means (electronic, mechanical, micro-copying, photocopying, recording or otherwise), be reproduced, stored or transmitted without the prior written permission of InvestSense Pty Ltd. This document has been prepared by InvestSense Pty Ltd ABN 31 601 876 528 Authorised Representative of Sentry Wealth Pty Ltd AFSL 408 800. The information contained in this report is obtained from various sources deemed to be reliable. It is not guaranteed as accurate or complete and should not be relied upon as such. Opinions expressed are subject to change. The changing character of markets requires constant analysis and may result in changes. Past performance is not necessarily indicative of future results. To the extent permitted by law, no liability is accepted for any loss or damage as a result of any reliance on this information. This communication does not take into account an individual’s objectives, financial situation or needs. Investors should seek professional advice before making investment decisions.