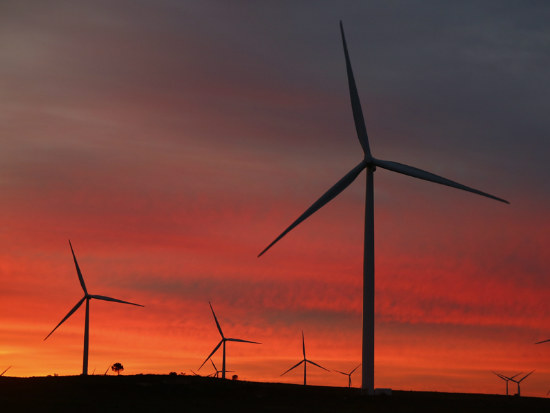 Victoria has approved a new $650 million, 96-turbine wind farm as the state bids to become the nation’s renewable energy leader.

But that could be hard to do if nothing is done to phase out coal-fired energy, the Greens say.

The wind farm, in Dundonnell in the state’s southwest, will save an estimated 700,000 tonnes of greenhouse gas emissions per year – equivalent to removing 170,000 cars from Victorian roads.

The approval of the project means 300 direct and indirect jobs will be created during construction, and the turbines will generate 1000Gwh of clean energy each year.

“It is a significant investment and part of our proudly aggressive agenda to make Victoria the renewable energy leader of our nation,” Premier Daniel Andrews told reporters on Tuesday.

Victorian Greens leader Greg Barber says wind farms that would create 2000 megawatts of energy have already been approved – but they are not being built because of an oversupply of coal-fired energy.

“It’s great having photo opportunities with wind farms and solar panels, but unless the government is wanting to phase out coal, it’s not going to make a difference to emissions,” Mr Barber told reporters.

Opposition spokesman Edward O’Donohue said it was critical that power is affordable and reliable for all Victorians.

Works for the Dundonnell project are due to begin within 12 months and it’s expected to be up and running in 2019.