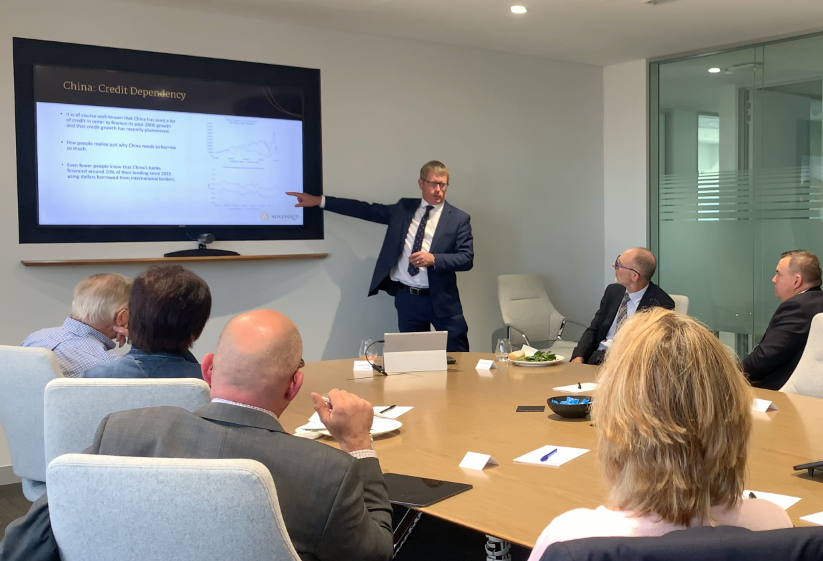 Unknown Unknowns was a recurring theme in our boardroom lunch briefing for clients last month.  This was an opportunity to introduce our clients to our new Investment Research Partners, InvestSense and Economist Andrew Hunt of Hunt Economics.  It’s fascinating to hear what they worry about at night, how capital flows move through the globe and the how the opportunity landscape translates into portfolio positioning.

Every day, financial markets around the world put a price on the newsflow of economic data points, political shenanigans, and twitter thought-bubbles.  In Rumsfeld terms, the markets are responding to the “known knowns” and the “known unknowns”.  But what really puts the financial markets into a spin every now and then are the black swan events weren’t on the radar.  Like how poor lending standards in the US could cause a global financial crisis and halve the prices of  global shares.  Or how political change doesn’t matter much in financial markets, until, like in Argentina, it suddenly it does.  These are the unknown unknowns of finance.

Andrew Hunt, the guest speaker at our lunch worries about these unknowns.  He’s concerned that it’s China’s consumption growth and access to US dollars that’s the  X factor in global growth. Without these we’ll be facing global deflation – a “Japanification” across much of the world.  To maintain its published growth levels of 6% in 2019, China has embarked upon unprecedented fiscal stimulus.  But it won’t be able to sustain it without easy access to foreign credit.  Trouble is, there’s plenty who don’t believe China’s published data and Chinese access to US $ funding could well become the next weapon in an escalating trade war.

One of Andrew’s many insights was that the Central bank policy decisions behind the ultra-low interest rates around the western world are based almost totally upon the domestic economic conditions in those same western countries.  So don’t expect any swift move by western Central Banks to manage a Chinese funding and credit crisis, particularly if the Chinese official data says there isn’t even a problem.

So where does this leave us?  In selecting InvestSense as an ongoing research partner we’re mindful that outlier risks do matter in financial markets. Hunt himself puts a 20-30% chance on a Chinese funding crisis.  Our current positioning is moderately cautious for the short term. World sharemarkets are close to all time highs but leading indicators of economic growth, trade and sentiment are falling. We sense that in the  current environment of extraordinary low interest rates, financial markets can become unstable from time to time as central bank and government policy responses will lag or otherwise fail to respond to unexpected exogenous shocks.

As an example, a year ago the US sharemarket became very unstable on news of weakening growth in the face of a firm US Fed policy to raise interest rates.  Financial markets capitulated until they were abruptly brought around by the Fed’s famous policy U turn.

Difficult as it may be, we’ll be looking for InvestSense and Andrew Hunt to have a view on the adequacy of the policy response to the next shock to the system, whatever its source.  This thinking is behind an enhanced and more flexible portfolio approach we’ll be implementing over the next few months.  For more details speak to your Sovereign adviser.

Andrew Hunt and Stephen Thaxter discuss the main messages from his presentation at the Sovereign clients boardroom briefing. Whilst a Chinese funding crisis is not his central scenario, its a probability worth watching for and Western policy responses may not be swift enough to avoid volatility in financial markets. Nevertheless, Australia has several policy levers at its disposal and a well regarded Central Bank.