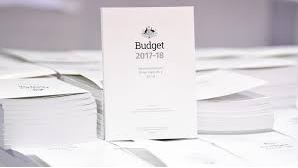 Below we highlight some key proposals which may impact you, however, it is important to note that before any of these announcements can be implemented they will require the passage of legislation and they may be subject to change.

As part of the 2014-15 Federal budget the government introduced a temporary repair levy of 2% on individual taxpayers with taxable income of more than $180,000 pa. The levy applied to both resident and non-resident individuals from 1 July 2014 and is due to expire on 30 June 2017.

The cessation was not necessarily addressed in the 2017-18 budget, however, it did form part of the Liberal government’s previous budget announcements, and is fairly significant. Why?

A 2% decrease in the top marginal tax rates from 1 July 2017 provides scope to pre-plan your tax affairs heading into EoFY on 30 June. Effectively, should scope exist, it will be more advantageous to defer income to the new financial year.

From 1 July 2019, the Medicare levy will increase by 0.5% to 2.5% of taxable income, effectively increasing the top marginal tax rate (which includes the fringe benefits tax rate) to 47.5%. The increase ensures the National Disability Insurance Scheme (NDIS) is fully funded.

From 1 July 2018, it is proposed people aged 65 and over will be able to make non-concessional superannuation contributions of up to $300,000 from the proceeds of the sale of their home. Both members of a couple will be able to apply this measure allowing up to $600,000 per couple to be contributed to superannuation. To facilitate this measure the Government will remove the existing contribution rules for those aged 65 and over making contributions under the new downsizing cap, including:

This measure will only apply following the sale of a principal place of residence held for a minimum of 10 years.

The Government announced two proposals which are to impact owners of investment properties. The first relates to any deductions on the depreciation of plant and equipment (i.e. dishwashers and ceiling fans) in residential properties. These deductions will be limited to investors who actually incur the outlay, ensuring subsequent owners of a property will not be able to claim deductions for plant and equipment purchased by a previous owner. Grandfathering measures may apply.

Secondly, the Government will disallow deductions for travel expenses related to inspecting, maintaining or collecting rent for a residential rental property. This measure impacts all property investors including SMSFs, family trusts and companies.

The 2017-18 Budget made several other proposals in relation to first home savers, higher education levies, corporate tax rates and social security. We can provide more scope should any of these areas spark your curiosity.