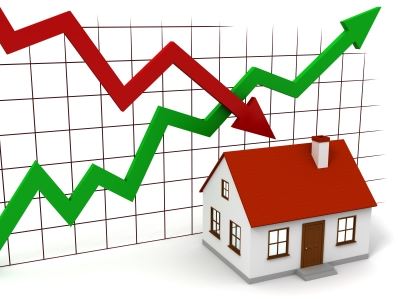 We draw on two recent reports from Farrellys and AMP Capital to provide perspectives based on facts, rather than emotive headlines.

As most of our clients know, one of our research sources is Farrellys who provide us with a dynamic forecast of average returns over the next ten years from each of the major asset classes.

Their analysis suggests that capital growth is likely to be around an average of 2.5% per annum or less for the next decade, which, when added to the extremely modest rental yields on offer, suggests very modest pickings for residential property investors over the next decade.

This estimate represents Australian housing as a whole, but is influenced by  the very strong housing markets in Sydney and Melbourne.  We should stress of course, that returns from no two properties or locations are the same so it is dangerous to generalise.  Farrellys’ return expectations for capital city houses and apartments are shown in the table below.

Farrellys’ contention is that over the long term, residential property prices follow the “affordable value’ in the residential areas that are the most sought after.  The most sought after areas tend to be supply constrained through lack of developable land.  The affordable value has increased dramatically in recent years as mortgage interest rates have fallen to record lows and wages growth has generally outpaced inflation, typically by around 1%pa over the last ten years.  Now there is an expectation that mortgage rates have ceased falling and the latest readings of wages growth show a moderation to only around 0.5% over inflation.  Inflation itself is on the rise too.

All other things being equal, with the two of the most significant price drivers now absent it would seem that residential property prices will moderate and perhaps fall in some areas.  Importantly, there are many more drivers that will impact the actual outcome such as government initiatives addressing affordability, and foreign buying.

AMP’s Head of Investment Strategy and Chief Economist DR Shane Oliver addresses the key issues facing the Australian property market, suggesting a property crash is unlikely but a fall of 5-10% may be seen. Furthermore, macro prudential measures are required to slow property demand. Shane’s full view can be found here.