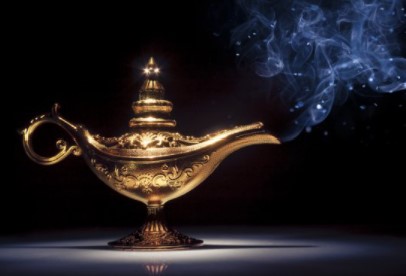 Australia has not experienced meaningful inflation since 1990 (7.3%). Since then, we have had a few years at around 4.5% (including 2000 and 2001 which were a one-off impact from the introduction of the Goods and Services Tax). Inflation has been within or below the Reserve Bank’s target range 22 of the last 30 years.

There have been a multitude of forces keeping inflation low. Central banks have very long memories and scars from the 1980’s which have kept them vigilant. More recently, deflationary forces have been at work thanks to technological innovations. Even more recently, financial shocks in the form of the GFC and global pandemic have made consumers more discerning with their spending and, periodically, savings rates have spiked (meaning less spending).

So why the hoo-ha over the prospect of inflation? Why is it now one of the prevailing issues being talked about? Perhaps because we are seeing signs that have historically been indicators of inflation to come. Should we be concerned? Will there be an outbreak? Will interest rates go to 18% like they did in 1990?

There are two broad schools of thought about what we may see:

1.  Any inflation we experience in the near future will be transitory. That is, as a result of the pandemic, production and supply chain constraints and other factors, there will be a once off bump in inflation. This does not signal the beginning of inflation getting out of control and is a normal outcome of what we have seen. The argument goes something like this: high levels of debt and high interest rates don’t go well together, so we can’t have high interest rates without severely crippling the economy. Together with other deflationary forces, including technology driven, nothing serious is on the horizon.

2. We are at risk of the inflation genie getting out of the bottle and central banks playing catchup which means significant and rapid increases in interest rates which will inevitably lead to sharp falls in bond and equity prices and recession. The argument goes something like this: there is a very large amount of household savings just waiting to be spent, interest rates are at record lows which increases disposable income, fiscal stimulus is at record highs, and we’re all being lulled into a false sense of security.

Either scenario points to a rise in interest rates, somewhere between mild and extreme with volatility likely to be somewhere between moderate and extreme. (Volatility, after all, reflects the aggregate of the markets oscillation of emotions between optimism and pessimism, fear and greed).

What is mild and what is extreme?

It depends on who you are but think of it this way, if home loan rates go from, say 2%pa to 4%pa, that is a 100% increase in your interest cost. This would clearly put a lot of stress on a great many households, especially those taking on large amounts of debt in the current housing market. Not to mention record levels of government debt taken on in recent years to deal with the Global Financial Crisis and, more recently, the pandemic.

To understand if we will get inflation, and a guide to how much, understanding the causes is crucial.

In fact, the Reserve bank of Australia has an inflation target of 2%-3% per annum which is regarded as economically healthy and sustainable.

An example of demand pull inflation is being experienced right now in the auto industry, not the least reason being a shortage in microchips and the knock on effect impacting second hand car prices.

Cause 2: Input costs rise and are passed on to consumers (Cost push inflation)

This is the result of raw materials or costs of operation rising which are passed straight through to the end consumer. In this instance, supply may have declined whilst demand remains steady. In the current environment this is being experienced in some sectors with production and supply chain disruption. This can often be associated with rising commodity prices such as oil and metals (you can see it at the bowser when you fill up).

It can also come from rising wages. Where it risks getting out of control is if there is a wages breakout. Workers may demand ever rising wages to counter rising costs of living which can become a spiral. Less likely, but possible, is a shortage labour seeing businesses compete by offering higher wages until there is some sort of circuit breaker.

Cause 3: An increase in the money supply

Chronic and hyperinflation are systemic and regarded as unhealthy. Keen readers might look up the financial failure of the Weimar Republic as an excellent example of when and why inflation gets out of control. In essence, the government of the day was taking on increasing levels of debt, inflation was rising and, to cope with rising prices, workers were demanding more money. The response was to simply print more money to appease the workers. This increase in money supply simply pushed up prices which lead more wage increase and so on.

This may sound a lot like governments of today who are engaging in record levels of stimulus with record budget deficits and ever-increasing debt.

There are other economic issues which can exacerbate prevailing circumstances, most notably leverage (i.e. borrowing). In times of low interest rates and stability, significantly higher levels of borrowing may be undertaken to leverage higher returns. Ironically, this activity can convert a stable economic environment into a potentially unstable one. The 1980’s was such a period which ended with the 1990’s recession after a decade of inflation ranging from 4% to 9% per annum. Interest rates in Australia peaked at around 18% and unemployment at 11%.

What is the current mix?

On the supply side: production constraints and rising production costs and key input shortages, rising commodity prices and technological improvements. Let’s take these ingredients and see how it looks.

A story in charts

We can try to surmise the future looking at data.

Inflation expectations (these are illustrated by the market pricing of securities know Treasury Inflation Protected Securities – TIPS). Here we see the highest expectation of inflation over the next 10 years at around 2.5%pa. Higher than we’ve seen in recent years but hardly a breakout. This could be seen as indicating the market does not believe the Fed will let the economy run too hot.

Housing prices are rising but debt has eased. This is consistent with the next chart.

Savings rates have been rising – there’s a lot of cash on the sidelines:

Consumer sentiment is elevated. We all feel pretty good and maybe more inclined to spend. Perhaps a great many of us are feeling pretty good about our household wealth.

Sure enough, household wealth has been rising. No wonder we feel pretty good.

What about business? There hasn’t been much investment – is business about to break out the cheque book and start spending?

Wages haven’t grown much in quite some time. Is this about to turn a corner?

The genie is not about to escape the bottle.

At a minimum we will see a bump in inflation. This almost certainly means we have seen the bottom of the interest rate cycle. In itself, this may be a once off and does not necessarily mean interest rates are about to rise.

Central banks have also been very clear they have no intention of raising interest rates in the near future. In fact, they are still engaging in quantitative easing to manage interest rates.

That said, we also know that central banks want to lift inflation to a target range. Current indicators suggest there is a reason they have no concern over inflation and are therefore comfortable with their accommodative policy settings. Governments are also on board with this as well, emboldened to borrow at ultra-low rates to fund fiscal stimulus.

With the tailwind of policy to stimulate, we expect inflation to drift higher but it may take longer than expected to gain traction. We don’t however, see an inflation breakout on the evidence we have to date.

Some inflation is a sign of a healthy, growing economy. Market can be twitchy nonetheless – we do expect higher volatility in both bond and equity markets driven by any sign of anything which signals an end to stimulus.