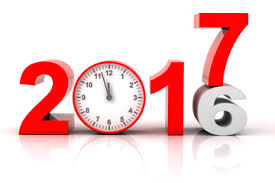 2016 was not a year that anyone really expected so what should be expect for 2017?

The year began with a poor outlook for China, slowing commodity and energy prices, concerns over deflation, the Brexit vote that wasn’t going to happen and certainly no chance of Donald Trump being the next president of the United States. Commodity prices would continue to collapse, energy prices were not going to recover, interest rates were going lower (and more quantitative easing measures were going to be introduced) and we were set to experience currency wars.

As it turned out, it was a rough ride but it wasn’t so bad. A construction pickup in China supported commodity prices and the supply side for iron ore and coal were caught short, helping bulk commodity producers like BHP and Rio Tinto; Britain did vote for Brexit and it wasn’t calamitous; Donald Trump was voted the next president of the United States and markets have read this as a positive; and global growth muddled along at around 3%. Commodity and energy prices did find a low point and recovered as OPEC agreed to curb oil production. All in all, it was okay.

The local market started the year with a 10% fall and, from a February trough, has risen around 17%. It’s a more exaggerated result for the US market which fell some 12% to be up around 23% from this low point. Whilst similar results were posted in a number of markets, European exchanges were more subdued for the year as has been the Japanese market until the last month.

More of the same!

The US was the first economy to react to the global financial crises all those years ago and the first to see results from their activities. Some may argue everything they did was ineffective but we’re prepared to leave that argument to the economic historians – right now, they are the first country to begin raising rates as their domestic economic activity picks and they are at near full levels of employment. Whilst the interest rate cycle is not expected to be steep, the US Fed has indicated up to three rate rises are expected across 2017. This is likely to lead to a stronger US dollar.

A key risk for the US may come from geopolitical tensions generated from some of Trump’s more exotic policies. These have largely been dismissed as the expectation that the businessman leans to pragmatism. And so it is the fiscal stimulus that the market is looking to to provide the next leg of growth for the US economy as monetary policy stimulus has come to an end. If the fiscal policies do play out, we expect this may also put upward pressure on interest rates during the next presidential term.

Other global regions may see growth picking up across 2017 and may see sufficient pressure to begin raising rates in 2018/19. As always, there are a number of opinions however consensus expectations at this stage are the Reserve Bank of Australia having an easing bias but likely to hold rates steady.

Australian investors, expecting a weaker Australian dollar, should look to have most of their international share exposure unhedged. Global stocks will play a role in generating returns for portfolios and, whilst we see the US economy as being strong, we also look to invest in regions where there may be better value.

If interest rates do remain stable, yield stocks will still be strongly sought but, at the first whiff of interest rates rising, we expect these to be sold off. 2016 saw a scare and property trusts, infrastructure stocks and other yield investments were sold off before recovering somewhat.

Australia remains a coveted bond market globally given our interest rates are amongst the highest in the developed world however, in our view, they make a poor investment if you’re looking for yield and so we look to use them sparingly where appropriate.  In 2017 we do not see it being any rosier for fixed interest investors. We are very wary of global sovereign debt in the face of rising rates.

Property. Property, property, property. It wouldn’t be an investment article without property. Specifically, Australia’s beloved residential property. If interest rates remain steady, we don’t see any sudden crash and we don’t see any stress on the banks. Property can certainly fall in value however, structurally, it is well supported by a banking, regulatory and legal framework as well as a strong emotional attachment to the asset class by it’s owners. Historically, the property market has peaked at the bottom of the interest rate cycle which is where we currently sit.

What should investors do? Given the global and economic backdrop, our bias is to quality growth assets. This doesn’t mean we will go chasing the commodity cycle but we will seek high quality investments which have an expectation of strong earnings growth. Be patient – intra year falls of 10% are not uncommon in equity markets and sometimes good assets are temporarily sold off to fund ‘junk rallies’ (hot money chasing poor quality growth opportunities).

Fixed interest is trickier. For those who prefer yield and capital stability there isn’t really anywhere to turn in this asset class. Whilst we may see a rise in interest rates over the next few years, in the absence of runaway inflation we do expect yield to remain low as global debt remains high. Selective fixed interest investments and term deposits are likely to remain our preferred exposures.

What are the risks?

Trump presidency – if the new president does push ahead with his more exotic foreign policies and protectionist measures, global growth could be slower than expected and prices in the US may rise.

European disruption – Brexit gave a voice to anti-Euro sentiment. Elections in 2017 in France, Germany and the Netherland and possibly Italy will be closely watched for concerns over a Euro breakup

Slowing European economy – and how expansionary fiscal policy is implemented.

Black swan events – well, we can’t shed any light on these since by definition they are the totally unforeseeable.