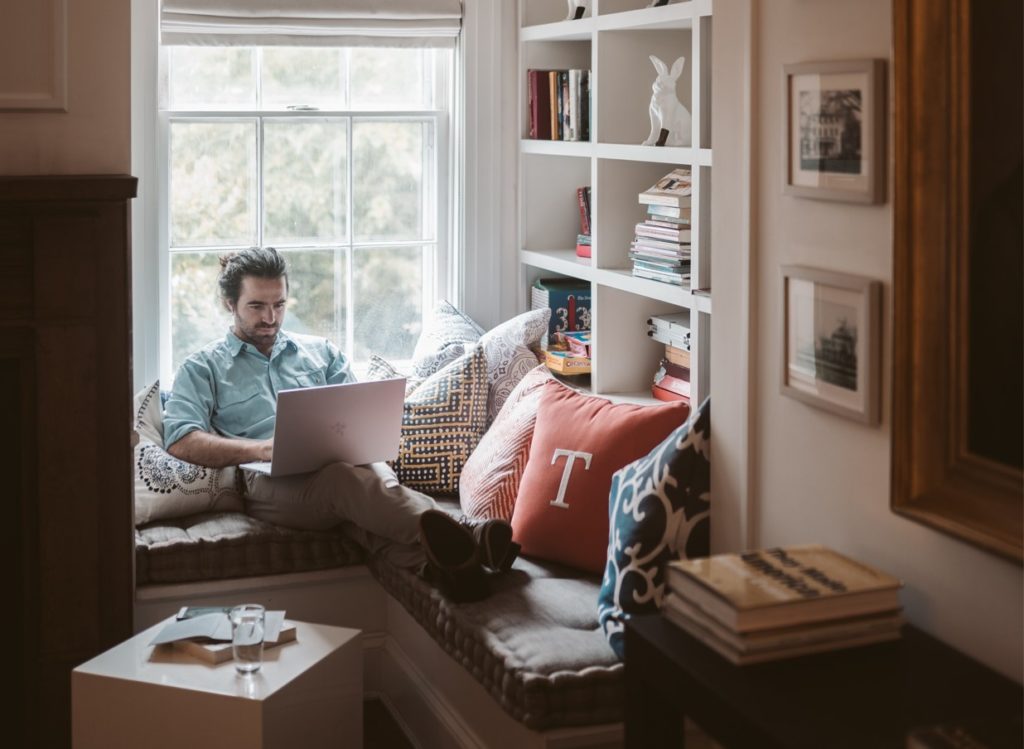 The 2021 full year reporting season is done and dusted, with many corporates providing guarded guidance for the year ahead. For some it was boom time, many others saw consecutive years of losses. While the reports were generally favourable and full year returns strongly positive, market action was neutral. Over the reporting period (9 August–31 August) the S&P/ASX 200 index was almost unchanged (7,538 to 7,535) and the S&P/ASX Accumulation index edged 0.5% higher (85,499 to 85,944).

Below is a summary of reporting season as a reflection of life in Australia during COVID.

With so many Australians in lockdown, finding themselves in front of computer screens for most of the day and with retailers moving to click and collect, it’s no surprise that online spending has skyrocketed. Recent converted disciples to the buy-now-pay later cult also magnified the situation.

One standout during reporting season was Temple and Webster with FY21 revenue up 85% on the prior calendar period. A happy lockdown stock indeed, this business reported revenue growth in July of 39%!.

Supermarket operators Coles  and Woolworths  reported strong sales growth boosted by significant increases in online participation. Wesfarmers was another standout driven by Bunnings and the resurgence of the “home reno”.

Remote working saw home offices and home entertainment upgraded with boom conditions for Officeworks, and record earnings for both JB Hi-Fi and Harvey Norman.  Domino’s continued to feed the locked-up masses across their extensive geographies seeing consecutive years of growth.

The savings rate among Australians has fallen but remains at elevated levels (at ~12% of disposable income). Economic and employment uncertainty saw many Australians clamp down. On the flipside, reduced spending opportunities has seen bank balances swell.

Dividends suspended in 2020 were reinstated, corporate payout ratios were lifted, and income starved investors rejoiced! Reporting season saw a record in dividends declared, with over $30bn of dividends to be paid, almost double that paid in the same period last year. Among the largest dividend payers, major miner BHP led the way with more than $8 billion, followed by Commonwealth Bank with $3.5 billion, major miner Rio Tinto with $2.8 billion and conglomerate Wesfarmers with around $1 billion.

To return surplus capital, share buybacks were announced by ANZ, CBA and NAB, while WBC will release details when FY21 results are released early November.

“The sheer amount of cash is mammoth – the largest I have ever seen – that will swamp the Australian market over the coming months,” market strategist Richard Coppleson told the Australian Financial Review.

With Christmas coming up, it’s believed retail will be the biggest beneficiary.

Housing prices are surging, impinging on home affordability significantly. With unspent savings and more home equity, many Australians are renovating their homes with vigour. James Hardie’s Asian Pacific region’s sales growth increased 55% in the three months to the end of June. BlueScope’s Australian Steel Products division, where around a third of product goes to the dwellings segment, reported the “strongest domestic despatches since 2H FY2008 ...”.

As mentioned above, the swelling ranks of conscripts to DIY purchase their supplies at Bunnings (and we’ve all seen the line-ups outside Bunning stores or the scrambling when Bunnings announced it would shut doors to retail consumers).

Spending around and in the home has come at the obvious expense of travel. Once again, we saw significant losses reported by Qantas, Flight Centre and Corporate Travel.

Australians are ready to travel and when the magical 70-80% double vaccination rates is achieved across the nation, travel will be back on the cards for many.

Businesses devastated by the downturn, mostly in the travel, hospitality and entertainment sectors will see a revival in revenue as borders and venues re-open and tourism numbers recover. Domestic operations achieved strong support when the last lockdowns eased and by June end (pre the current lockdown), business domestic travel bookings were back to pre-covid levels.

It may be some time, perhaps 2024–25, before inbound tourism returns to pre-COVID-19 levels.

Ampol and Viva energy experienced continued declines as they have been hard hit by the sharp fall in travel and aviation fuel consumption.

Previous lockdowns have proved it pays to be opportunistic and many expect investors to look through current weakness with an eye to the recovery in 2022. COVID losers should be well supported (despite earnings weakness) while growth stocks will be closely scrutinised for any potential reversal of fortunes.

Interestingly, corporate profits, excluding the mining sector, declined in the June quarter. Peter Warnes, Head of Equities Research, Morningstar Australasia, says investors need to adjust their expectations to returns of around 3- 4% amid an expected slowdown in earnings growth in the year ahead. Analysts have already started downgrading fiscal 2022 forecasts as the delta variant proves increasingly stubborn and signs of weaker global growth become apparent.