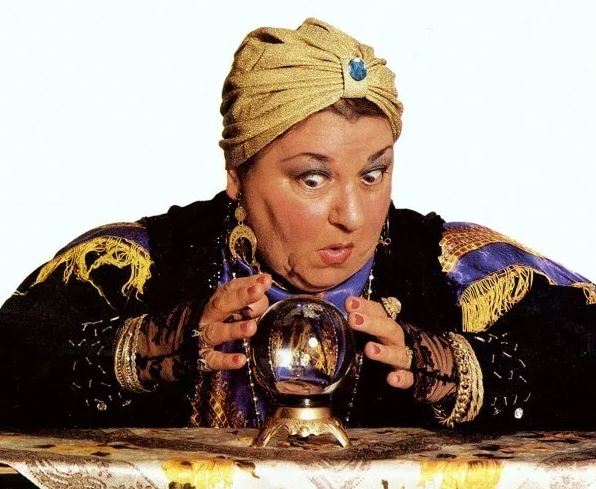 Do you ever wonder why being consistently good at investing is not like business or sport – one person or firm never seems to stay at the top for long?   This article by InvestSense examines the perplexing dynamics of investment markets, the dangers of “hero calls” and makes the case for a valuation based process.

Many people that are new to investing are a little disturbed to find out that there is literally no-one on the planet that can reliably predict where markets are going to go next. Three hundred years ago Sir Isaac Newton, after formulating the laws of motion and gravity, was famously flummoxed by market cycles and after losing a fortune on the stock market remonstrated that he ‘could calculate the motions of the heavenly bodies, but not the madness of the people.’ Warren Buffet, arguably the world’s most successful investor has repeatedly said similar things. Yet most investment managers still exude confidence. This is because at any given point in time there will be around half of the market pundits who may have had luck on their side making a lot of noise and making you believe that they saw it all coming. The other less lucky half tend to be a little less vocal so the overwhelming impression for the retail investor is that most people got it right even though the statistics tell us otherwise.

The start of the problem is that all investments involve some level of risk and risk also entails lack of predictability. Consider two types of risk when investing in a rental property. Firstly, there is the probability of receiving the cash flows that you expect to receive from tenants. These cash flows are not guaranteed but we can attach a probability based on the circumstances and reliability of tenants combined with the likely future economic backdrop to come up with a range of possibilities. Then there is the question of how much that property might be worth in three, five or ten years. This is where it gets much more complicated as we now have to assume we know what all the other potential buyers will be thinking at that time. This is the really mind-bending part of investing, mainly because it starts to involve a view about how other people are going to feel in the future.

Let’s break it down with a familiar example:

If this all seems a bit too mechanical then we can throw in some uncertainty and unforeseen actions. For property investing this might include unknown future borrowing rates (a property is worth around half as much if you can borrow at 10% interest rates as opposed to, say, 5%) or government interaction (like a suddenly implemented first home owners grant for instance). Now the timing of these cyclical turning points starts to look a bit less simple.

Now consider the infographic below depicting the path of global stocks over the last 50 years through the same lens. In the early 80’s market optimists were few and far between but once the market had risen by almost 300% in 5 years it was difficult to find many pessimists. One can easily fit the same cycle of fear and greed through all the cycles we have seen since, and in each case the greatest euphoria has been followed by the biggest losses.

On the other hand, even being overtly contrarian and doing the opposite of the crowd is no sure-fire recipe for making better decisions, even if you have the stomach and the wherewithal to question the crowd’s judgement. Who would have thought that the ‘87 crash would be such a temporary blip and the precursor to the 1990’s bull market. Many fund managers went out of business pre-empting the dot com bust just a few years too early. Ben Bernanke, the widely respected Chairman of the US Federal Reserve, and many others famously underestimated the ferocity of the GFC. More recently many people quite rationally thought the 2015 wobble in markets marked the end of the current cycle. Yet the market bolted up another 40% instead. Sir Isaac was onto something when he intuitively suggested that it was something to do with people and their emotions that makes the whole endeavour so difficult.

So what do we do with all this information? Throw our hands up in despair and put the money in an index fund? Tempting as that might be at times we think that this has its own dangers (and on that we respectfully disagree with Mr Buffet). Instead we bring our focus back to the cash flows and underlying asset values in order to weigh the odds gently in our favour, accepting that the vagaries of the market will mean that we can easily be on the wrong side of market movements for a few years at a time. In our view this is the art and the science of ‘valuation based investing’ and it guides our thinking with respect to asset allocation (which markets we think your money should be invested in) and product selection (which investment vehicles you should use to invest in those markets).

So at this point in the cycle we are not necessarily trying to make ‘the hero call’ on which way markets are going, instead we must sensibly help you manage the uncertainty that markets, central bankers and politicians are throwing into the mix.

© 2019. The information on this website or its contents is subject to copyright of InvestSense Pty Ltd. No part of this website or its contents may, in any form or by any means (electronic, mechanical, micro-copying, photocopying, printing, recording or otherwise), be reproduced, stored or transmitted without the prior permission of InvestSense Pty Ltd.